“Black Summer” offers lots of blood, not much else 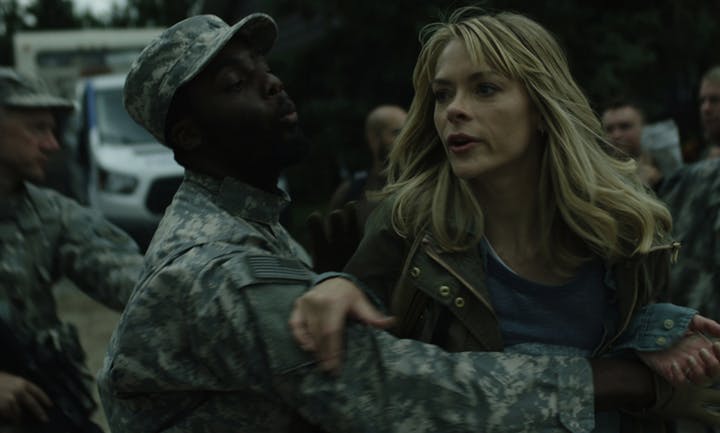 Blood and carnage are what defines the Netflix original series “Black Summer” more than anything in this zombie horror show made from the same producers of “Z Nation.” It is an eight-episode show that unfortunately fails to capitalize on what it could’ve delivered for this much rehashed genre.

The show pans between characters and shows their different stories, in an effort to get a moving storyline. It unfortunately does not move quite as quickly as other zombie shows/movies, and it is hard not to draw comparisons to The Walking Dead, which never bored audience members (or at least me, for that matter.) Unfortunately, that didn’t allow for much character development or even characterization, so the viewer is unable to get to know the characters, even superficially. This is made worse by the fact that many of the characters act, quite frankly, stupid — no one seems to exercise common sense. One of the few characters that actually does barely speaks English (a Korean immigrant) and the show did not translate her dialogue at all, missing a great opportunity to provide some insight into a fantastic character.

One thing that the show could’ve explored more that could’ve made for interesting dialogue is its negative portrayal of the U.S. government. In the first five minutes of the first episode, fighter jets make themselves known; then we hear and see them dropping actual bombs. Although this motif of a negligent or malicious government is often seen in zombie media, explaining the reasoning behind the bombs might’ve put some context into the zombie apocalypse in “Black Summer.”.Doing so would’ve added more substance to a storyline that moved incredibly slow at times. Really, the only thing that makes sure the storyline is never too boring is the zombies themselves, which, unlike other undead, are fast. They can even learn to climb and are incredibly persistent — there is an entire episode dedicated to a zombie hunting Lance (played by Kelsey Summer.) Lance’s evident ineptness never seems to fail him, and the show never focuses on him again, oddly enough. “Black Summer” repeatedly follows the script in each episode like this: each episode can be standalone or just connected enough to the episode preceding it. This does not add any meat to the scarcely present storyline, and otherwise shows episodes to be lacking in serious characterization.

Where “Black Summer” failed to develop character relationships, it focused instead on the dreary realities of a post-apocalyptic world. The camera does not show the reactions of the characters when inhumane behavior is displayed or focus on emotion too much, suggesting that sometimes tough choices need to be made, like one of the antagonists says. In what is perhaps the most interesting chapter of the entire series, the main protagonists are at the mercy of seemingly innocent kids in episode three — a disturbing episode that fans of the zombie genre will love.

“Black Summer” is a blood and guts horror show that focuses on the characters’ survival and the occasional jumpscare much more than emotional drama and ethical dilemmas, and if that’s what audience members want, then this show is for them. Otherwise, the minimalist scriptwriting and slow pace at which the story develops might just kill off whatever positive impacts the undead in this show impart on zombie fans.