‘Knives Out’ puts the “fun” in dysfunctional 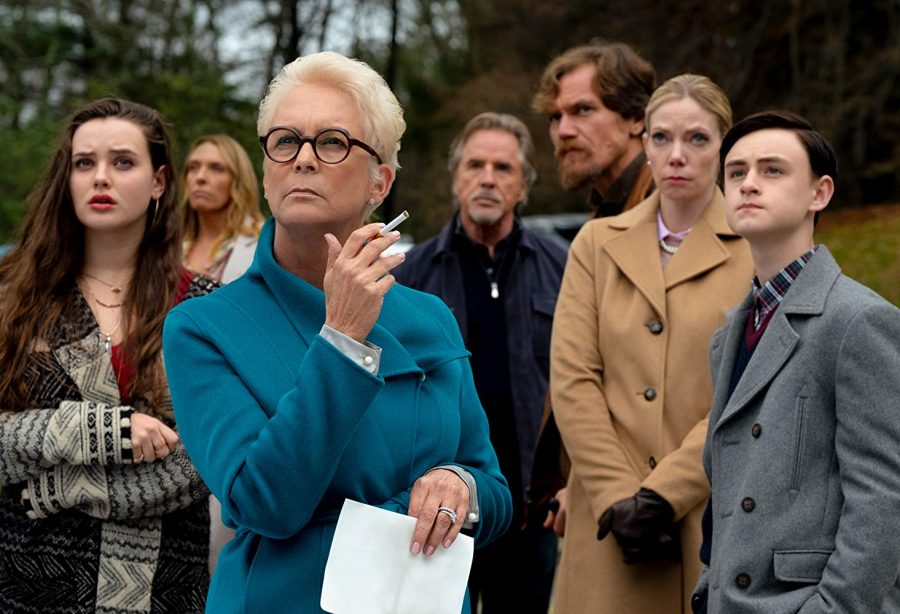 With the holidays quickly approaching, the peril of family get-togethers lingers in the air. Throwing a mass of relatives together once a year—the distant, yet overly enthusiastic cousin; the sibling-in-law that can’t let go of her offbeat political stance—is sure to cause the occasional issue. Mothers may dislike this stance, but it’s okay to embrace the chaos. Better yet, celebrate it. And, just in time for the holidays, Hollywood has created just the place to do so: a screening of the murder mystery “Knives Out.”

The classic whodunit (who has done it) film genre has brought together movie-goers for generations. Set to the backdrop of a crime in which everyone is a suspect, the thrill of playing detective is all too enticing to ignore. The solution to these movies tends to be impossible to nail down, as each scene adds extra context, and shifts the narrative. One that may come to mind is the 1985 hit “Clue.” Originally based on the popular board game of the same name, the dark comedy has risen to cult classic fame. So, it’s no enigma as to why genre-jumping director Rian Johnson (The Last Jedi, Looper) wanted to explore a new dysfunctional gaggle of suspects for 2019.

As if picking directly from every gay man’s fantasy league, Johnson secured Daniel Craig, Chris Evans, Jamie Lee Curtis, and Katherine Langford to tell this story. They all play members of the wealthy Thrombey family, each with their own personality defect on broad display (the wealthy grandfather, the overachieving daughter, the gold-digging niece, etc.). Obviously, the angst between family members is given a shot of adrenaline for entertainment value, but the basis for how comical family gatherings can actually be rings true.

Shocked by the death of the family’s highly revered, wealthy, and successful murder mystery-writing monarch Harlan Thrombey (Christopher Plummer), the descendants—and potential heirs—are questioned in sequence by private detective Benoit Blanc (Craig). While the initial character development for this talented ensemble seemed a bit cumbersome, the interjection of Craig’s southern gentleman interrogating each witness/suspect rescued the earlier scenes from feeling too repetitive.

The glory of this film derives from the delight of not just the individual performances (which are, generally, amazing) but from the way in which the story builds, develops, and shifts as new information is uncovered. This is especially true toward the end of the film when, without giving anything at all away, fresh scenes and perspectives are added liberally, twisting the narrative back in on itself. It’s just like a real family. In each member’s telling, the story gains detail, undoes assumptions, and calls into question seemingly fixed plots. No one ever believes that they are the bad guy.

The issue with “Knives Out” is one that is intrinsic to the entire genre of whodunit movies. It’s the sense that the writer is some kind of god figure, creating revealing detail after revealing detail and then delivering them to the audience whenever they start to feel comfortable, and whenever it is convenient to undermine their assumptions. All of this constant world creation starts to feel a bit manipulative, like it could careen off in any direction at any time, and the viewer would be forced to ride along.

Fortunately, the movie delights in at once indulging and subverting these conventions, and it brings all of this joy to the audience in the form of ridiculous or winking plot twists and resolutions. Without giving anything at all away, viewers may be able to guess who is responsible, and they may enjoy even more watching as their favorite characters are vindicated and their most reviled are punished, but they will not ever be let down by the proceedings. If only real families abided this requirement.

“Knives Out” is now in theaters.