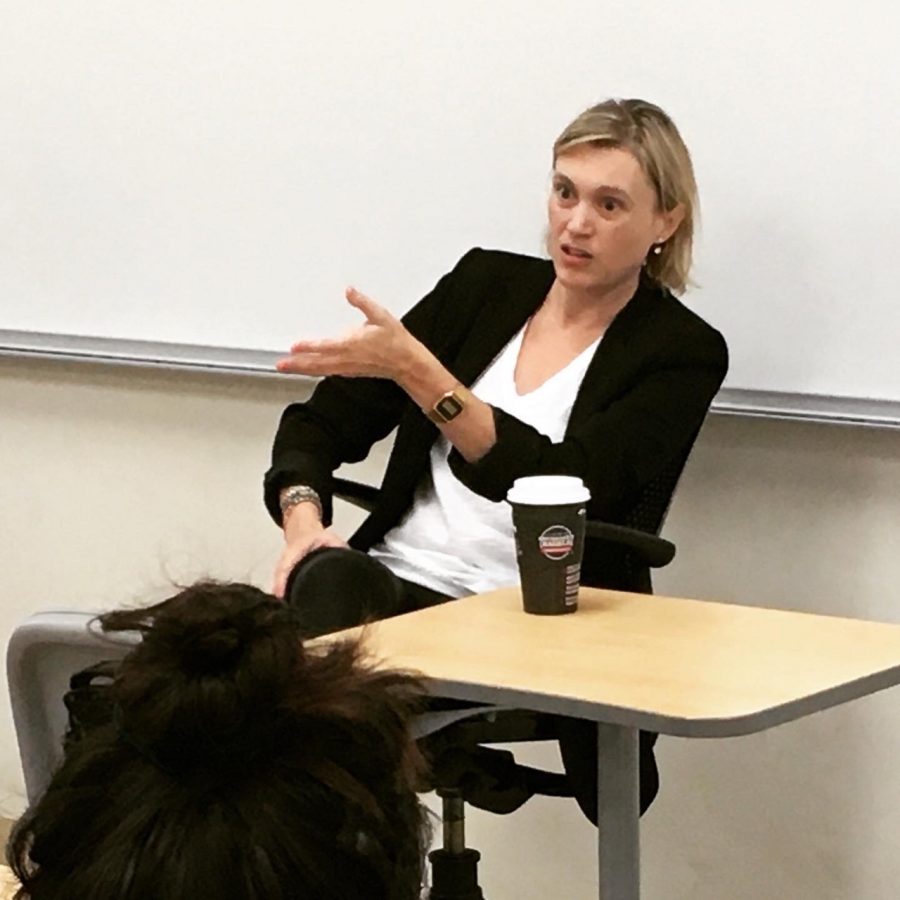 When Union Tribune investigative journalist Morgan Cook found a credit card charge from Star Trader gift shop for food and beverages, on Congressman Duncan Hunter’s public campaign finance records, she knew something wasn’t right. After calling the shop, Cook learned that Star Trader was located in Disneyland, and that the purchase was for $229 worth of Pez dispensers and Star Wars-themed rice krispie treats.

Morgan Cook spoke to Professor Shauna Lindsay’s Mass Communications class at Mesa, on Feb. 20, and told us how she found the evidence in Hunter’s campaign records that proved his guilt in improper spending of campaign funds. Cook’s article, which was published in April 2016, exposed the truth that would bring down a congressman.

Included in the congressman’s public records, were purchases for tens of thousands of dollars in airline tickets, hotel bills, bills from Hunter’s son’s private school, charges for 68 video games, and more. Cook’s investigation of Hunter’s campaign finances required her to confirm every purchase, explore every lead, and to keep digging for more information.

Cook told students “You have to wonder things.” After seeing the charge from the congressman’s son’s school, she wondered “Did Hunter’s campaign pay for school lunch?” Cook was always asking herself questions, out of curiosity, like where did Hunter get the money to pay off some of his personal debts? In 2017, Rep. Hunter repaid $60,000 to his campaign for “mistakes” that he had made. Hunter asserted that he just didn’t sufficiently document his expenses.

Hunter’s staff communicated to Cook that she should “stop kicking us when we’re down.” When a student asked Cook if she ever felt unsafe, or that her career was in jeopardy, she said “only in my head.” “You worry that you’re wrong. You worry that you’re going to embarrass yourself.” she explained. When Congressman Hunter cut short his trip to Israel to talk to Cook, she had to question why a U.S. congressman would want to speak with her so urgently. Cook realized she was onto something big.

Cook’s investigation of Rep. Hunter’s finance fraud continued for three years, until the congressman was indicted. During the probe, Cook called every company that Hunter had paid or purchased from, to confirm the details of the transactions. She researched Hunter’s property records, and delved into his personal loans. Cook told the class that when sleuthing for information, that one day she had to become an expert on property records, and the next day she had to become an expert on loans, and the next day civic law. An investigation like this one could quickly change direction with each new fact.

Since a journalist’s first loyalty is to the citizens, Cook told the class that “local news is a really good cause” because her goal is to inform the people. Should other politicians be afraid of Cook? She said “My job is to find trouble. Your job is to make sure I don’t find any.” Clearly Morgan Cook is a natural born hunter of the truth. Her curiosity has always inspired her and has always propelled the hunt forward. It took one reporter who exposed the truth to bring down the career of a U.S. congressman. Facing strong evidence of his financial fraud, Congressman Hunter resigned on Jan. 13. He faces five years in prison. Morgan Cook was named Journalist of the Year in 2017 by the Society of Professional Journalists.