A look into SDCCD’s new chancellor 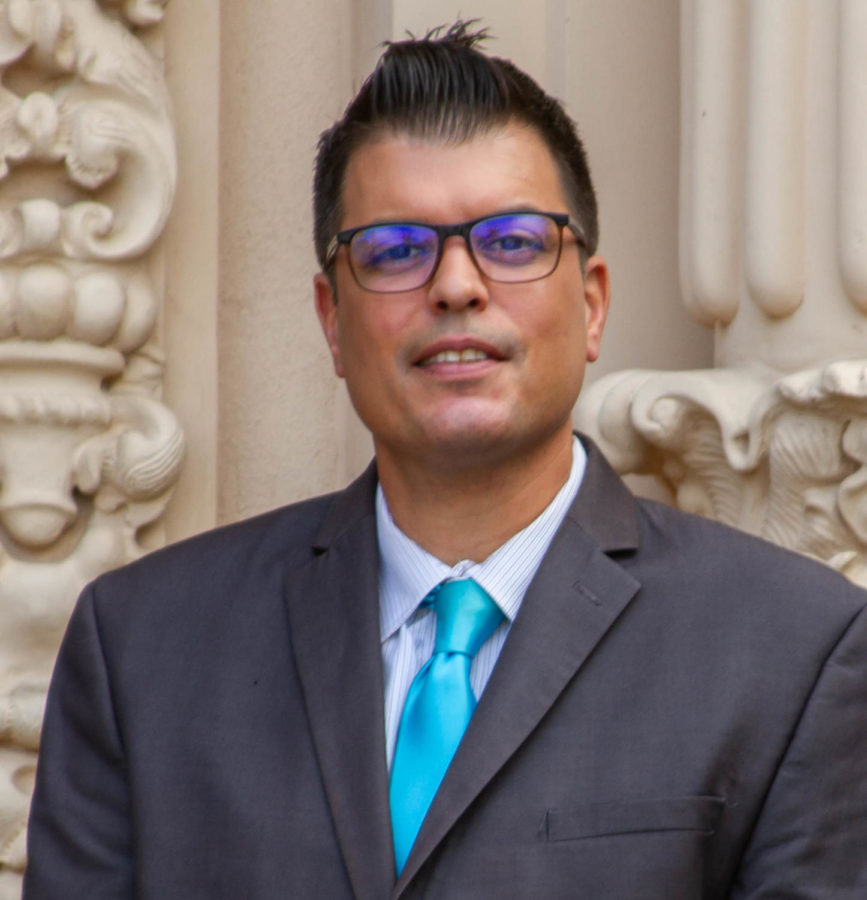 Dr. Carlos O. Turner-Cortez has a funny suspicion he's going to enjoy being chancellor for the next decade.

The San Diego Community College District has a new chancellor after 17 years, Dr. Carlos O. Turner-Cortez. Prior to this position, Turner-Cortez was the president of the College of Continuing Education.

When former Chancellor Constance Carroll announced her retirement, Turner-Cortez said he was nervous to apply for the chancellor position because he had “big shoes to fill.” However, after a little convincing from his colleagues at the San Diego Community College District, he decided to apply and was selected.

Turner-Cortez has three main goals for his time as chancellor. He would to like reopen colleges safely, build back enrollments, and fix the budget in regards to enrollment.

“Some exciting opportunities for our district is the Baccalaureate program at Mesa College, which is the first of its kind in the state of California, he said. There were 15 pilots that were approved, which is now going to become a permanent four-year degree program and California is going to develop more of them.”

Other goals of his include building student housing at each of the four colleges (Mesa, City, Miramar, and Continuing Education) and increasing workforce development, which include training and helping students get into jobs. According to the SDCCD’s News Center, “during his six years leading SDCCE, Turner-Cortez established an ongoing partnership with the San Diego Rescue Mission, transitioning homeless adults into the workforce and out of poverty, and led the way in implementing the San Diego Gateway to College and Career program offering paid internships, accelerated instruction, and a clear pathway to good-paying jobs for teens and young adults who are neither in school nor working.”

Turner-Cortez never expected to work in the field of education, “I wanted to run for elected office…  I wanted to be president of the United States,” he said. Turner-Cortez attended Georgetown University in Washington, D.C., to work within the government and planned to study government and political science as an undergraduate and attend law school. He was committed to improving his community and changed his doctorate major to political history with a focus on African American women in the development policy; social welfare and education policy. In graduate school, he decided he wanted to be a professor of politics which led him to the field of education. “What I have learned is that I can have an impact in my community for the advocacy I can do in this role.”

Turner-Cortez completed a master’s degree in race and gender at New York University and then moved to Los Angeles to complete his doctorate in education policy and administration at the University of Southern California. By the time he finished his doctorate degree, he was promoted to a principal position and was the youngest principal in Los Angeles schools at the age of 29. “Due to financial reasons and because I wanted to support my family, I decided it made more sense for me to skip the professor route and go into the leadership route.”

He taught government and U.S history within the K-12 system and taught eighth grade U.S. History in New York. “There was something special about the relationship in the K-12 system, with the students and families I served. It was really beautiful to see how families’ lives become transformed through education,” Turner-Cortez said.

His interest in the role of African American women within the Black Panther Party in an Oakland community college led Turner-Cortez to apply for a job in a community college and worked for that district for a couple of years.

Turner-Cortez greatly admired former chancellor Carroll, who retired after 17 years. “She is easily regarded as one of the smartest, most effective administrators in the United States, in community colleges and as an African American woman who was astutely involved in policy development, she was more than a college chancellor, she was on the front lines helping shape legislation in Washington, D.C., that informs the college’s work around financing, budgets, and programs…for the last six years,” he said. “I had an opportunity to work immediately for her and it was the best experience in my entire life and I have come to love this district and this community.”

Aside from work or when Turner-Cortez is not in the office, he is an avid gardener and an animal lover. He and his spouse, Edward Turner-Cortez, have three English Bulldogs and domestic rabbits that live in their garden. He also enjoys hiking, biking, running, and spending a lot of time at the beach. However, his biggest hobby is politics.

“I consider myself a community activist, community organizer and believe it is important that we help to bring about the change we want to see in this world…I also have a funny suspicion that I’m really going to enjoy this job and that I will probably be here for at least a decade or so.”