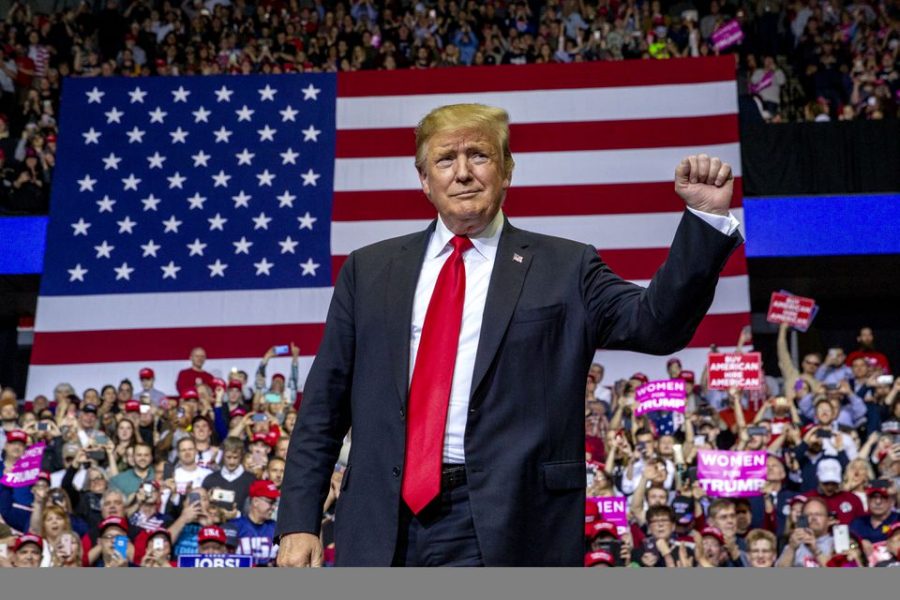 We’ve already seen the articles asking: what will Trump do if he loses — will he refuse? will he stage a coup? etc. Frankly, that line of questioning is not what interests me. What interests me is perhaps the opposite of that question.

The fact is, regardless of where one may stand politically, we are all going to have to prepare ourselves for the possibility of another four years of a Trump presidency. Moreover, if I were to push this line of reasoning further still, the next logical question would have to be: what will the country do if Trump wins?

It is clear that we live in a time of seemingly unending political turmoil and divisiveness. The fact is, there is little left of that vestige of being able to “see eye-to-eye” on anything politically, and I am not optimistic about how much more this country can take.

Democrats boast a wave of progressive voices in the House on the back of the 2018 midterms, and a keen focus on issues which seem to have taken the country by fury over the course of the last four years, not to mention this past summer. The GOP, on the other hand, has the advantage of having a Senate majority, as well as having their agenda rest comfortably in the White House with President Trump. For each side, a clear advantage is opaque at best.

Recently, I came across a term: “cultural civil war.” I first encountered it through the predominantly conservative news outlet, The Federalist. “This is the week America woke up to a moment of clarity,” Ben Domenech writes, “we are in the midst of a great cultural civil war.” As some might imagine, judging by the tone of Domenech’s writing and the site on which the article is published, the piece is little more than a partisan effort to suede already conservative individuals to reinforce their political values — but isn’t that just opinion writing, unfortunately?

However and wherever I first encountered the term is besides the point as far as I’m concerned, because the implications of it seem to reach well beyond the source of the idea, much less any political affiliation.

For example, in a 2017 article published in The New Yorker, Robin Wright asked a question similar to the theme discussed at present: Is America headed for a new kind of civil war?

Wright, writing within the context of the days following Charlottesville, cited the reportings of then State Department official, Keith Mines, about the probability of America collapsing into another civil war within the next ten to fifteen years. Mines, along with other national-security experts, evaluated the risk and came to an average consensus of thirty-five percent — with Mines’ own personal prediction of sixty percent.

When Wright asked Mines for his parameters regarding his personal prediction of what constitutes an imminent threat of civil war, he answered: “entrenched national polarization, with no obvious meeting place for resolution; increasingly divisive press coverage and information flows; weakened institutions, notably Congress and the judiciary; a sellout or abandonment of responsibility by political leadership; and the legitimization of violence as the ‘in’ way to either conduct discourse or solve disputes.”

Moreover, it is my opinion that there is a lot wrong with American conservative political ideology. But then again, there is a lot wrong with American liberal political ideology. And frankly, that is okay. In fact, it is what has made the entire scope of the political history of the last 150 years what it has been: an imperfect means by which to advance and promote change. Perhaps incrementally. Perhaps imperfectly. However, change nonetheless.

That being said, I do find something wrong with Trump. Whether it is his policy, or simply the population’s reaction to him, it is all the same to me at this point. There remains, categorically, a problem. Therefore, should Trump win reelection, I am not so optimistic about how this fractured country — which already seems to meet most of Mines’ parameters — is going to react.

It is a fact that we are not necessarily above the patterns of history, as one need only study the recent past to recognize this view. In this sense, some sort of new civil war is not an absurd notion to fear or be wary of. Sadly, it may just be a reality. But which would you rather have: a broken country that may just take more time to mend, or a broken country that is too fragmented to recognize when the time comes to do so?

I chose, should the unfortunate situation require it, the former.