Why the “MCU” continues to dominate Hollywood 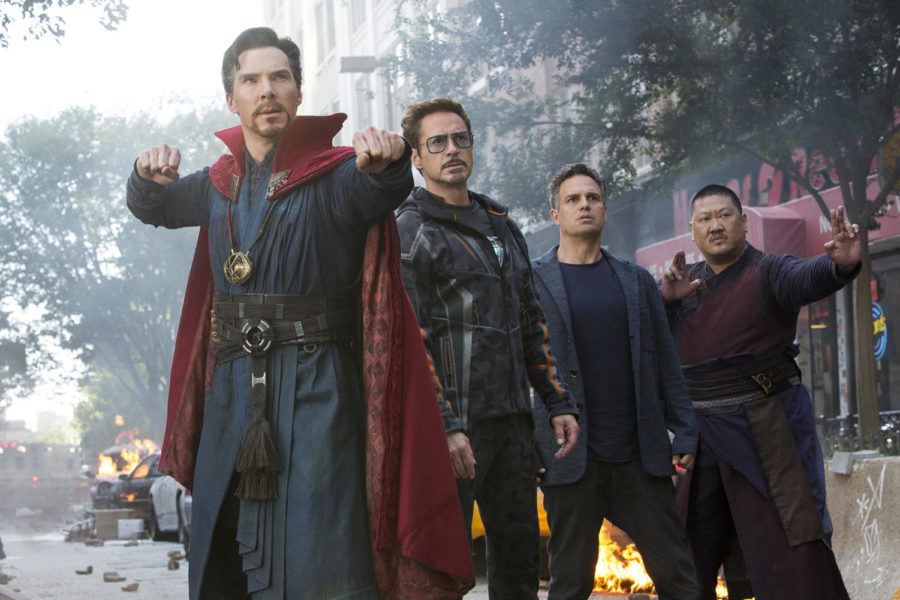 Marvel Studios' "Avengers: Infinity War" was one of the best rated movies of the MCU.

May 2, 2008. The day Marvel Studios’ “Iron Man” hit theaters. Little did people know that over the next decade, Marvel Studios would release blockbuster after blockbuster, with fans foaming at the mouth waiting for the next movie. Anytime something is adapted to the big screen, it’s a huge risk. Many times, directors and writers disagree and fumble their big chance to make something great. However, that wasn’t the case for Marvel. With what the Marvel Cinematic Universe (MCU) has become, there will never be something like that again.

With the latest release of “The Falcon and The Winter Soldier,”  the MCU continues to absolutely thrive, despite moving to a season-based format instead of in theaters. It shows that the fans are invested, no matter what platform is being used at the time. According to Statista, Disney Plus subscriptions jumped 20 million in just the first quarter of 2021 alone. In each of the previous quarters, it went up about 10 million on average. It wouldn’t be a surprise if the reason subscriptions doubled in the first quarter was due to the release of “WandaVision” and “The Falcon and The Winter Soldier.”

The biggest success Marvel Studios has had so far is of course the “Avengers” series. Of course all the solo movies are successful, with the lowest rated MCU movie, “Thor: The Dark World” at 66 percent on Rotten Tomatoes still raked in over 640 million at the box office, on a 170 million dollar budget. While that is great, all the Avengers movies are a different kind of beast. Each of the four “Avengers” titles grossed well over 1 billion dollars each at the box office. That just shows you how captivating each and every installment is. Year after year, movie after movie, it keeps on getting better. Sitting down in the theater, ready to watch “Avengers: Infinity War” was a dream. You could feel the anticipation in the theater. People with their partners, families, anybody from anywhere, came to enjoy the best show in Hollywood.

Watching the characters and their arcs develop, from Captain America learning to just be Steve Rogers, bound to his duty as a soldier but still just a regular guy, to Tony Stark trading his hilarious self-proclaimed “genius, billionaire, playboy, philanthropist” mantra for a more humble yet no less hilarious version of himself, becoming the memorable face of the MCU everyone knows and loves. Everyone has their own favorite avenger, and with that, fans develop loyalty towards that hero. It’s as if each fan roots for their favorite Avenger the same way fans root for their favorite sports team.

The reason that there will never be anything as magnificent as the MCU ever, is because these things take years to develop. It’s still going strong after 13 years, but we still haven’t seen anything else even try to become their own cinematic universe, and don’t even get started on what DC has done. Their version of Justice League has not been up to par with what the Avengers have accomplished, albeit Zack Snyder’s cut of “Justice League” was amazing. It still doesn’t change the fact that it has been a very bumpy road for the folks over at DC these last few years, and with their latest release of “Wonder Woman 1984,” the future doesn’t look promising.

With the Infinity Saga now in the tailwind, the MCU’s phase four is absolutely stacked. While sadly saying goodbye to characters that have grown on fans for the last decade, new heroes get to be in the spotlight. Next up, we have a few familiar faces with “Loki”’ streaming on Disney Plus in June and later in the year Natasha Romanoff finally gets her own solo movie, “Black Widow,” with a July release date.. After that, we get multiple new movies with new characters and more Marvel lore. One thing is for sure, fans will be jumping in their seats ready to hear the famous Marvel Studios opening theme.