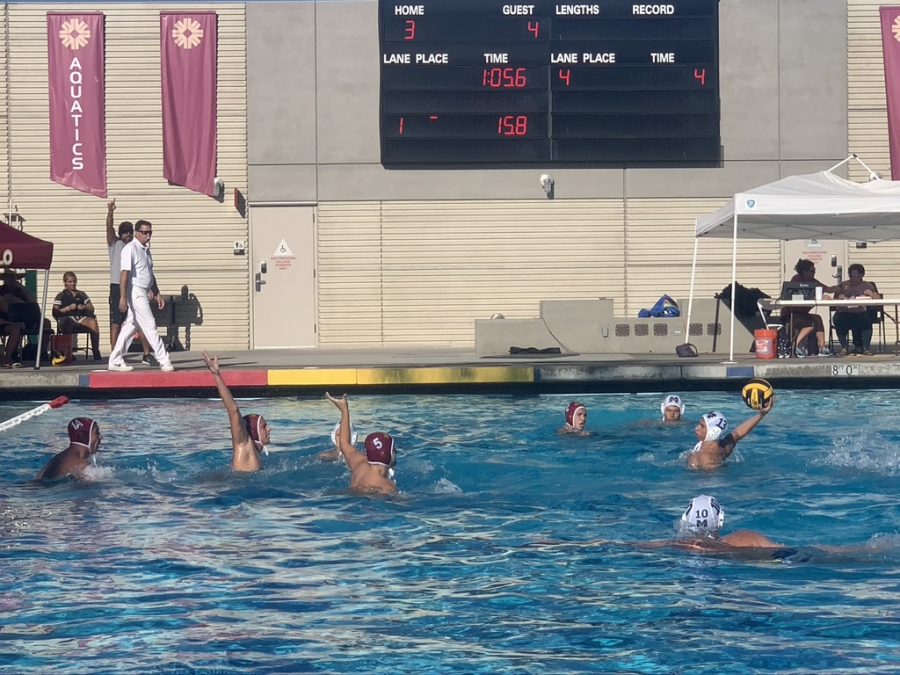 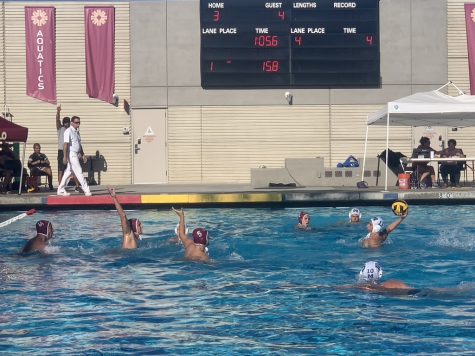 Mesa College Men’s Water Polo Team wins again against the Southwestern Jaguars during a heated game, score being 17-6. With another successful game, the Olympians are thriving this season. Mesa Men’s Water Polo Team is also ranked number one in the Pacific Coast Athletic Conference Standings so far. The team showed true perseverance against the Jaguars’ early advance during the game.

On Oct. 23 the game against South West was lively. Mesa showed great defense against the Jaguars and dominated the first quarter. During the first few minutes, The Olympians’ offense flanked the Jaguars’ side. Only seven minutes through the game utility player Roman Rosser took the lead scoring the first goal. Jaguars’ driver players’ fast advances attempt to score were successfully blocked by goalkeeper Trey Pietsch. From then the Jaguars’ utility players began to tighten their defense, battling to keep the ball. Despite the Jaguars’ best efforts, Mesa’s persistent offense and good passing techniques surpassed their defense. The first quarter ended with Mesa taking the lead 6-3.

The second quarter began with a penalty shot after Mesa driver player Micah Schwenkmeyer committed a major foul trying to block an opposing shot close to the goal. Following this foul, the referee called a penalty shot and indisputably Southwestern Jaguar driver player Bryce Herber scored a goal. At this point in the game, coach Nathan Resch yelled constructive criticism at the team to try to become more energized and work on their blocking technique. In which, the teams’ defense certainly showed improvement in this quarter, driver Roman Rosser skillfully intercepted the ball again while the Jaguars’ drivers were pushing toward the goal. Two minutes before the quarter ended 2-meter player Cooper Lynch scored the last goal. The score at this point in the game was 8-4 Mesa taking the lead.

During the 3rd quarter, Mesa’s wing defenders withstood the Jaguars’ offense and driver player Rosser scored three more goals while assisted by driver Eric Orozco. After the Jaguars’ scored their fifth point it was becoming apparent their energy was slowly decreasing. The consequences to the constant treading and blocking, it seemed the Southwestern Jaguars’ energy was slowing down. Subsequently, the quarter ended with Mesa still ahead by 13-5.

The last quarter was long-lasting; the Jaguars’ coach was encouraging his team to commit to shooting in order to take back the game. With this, the Jaguars’ made it difficult with their defensive utility players blocking Mesa from scoring. The twelve-minute quarter was becoming long, tiresome, for both teams. Although, Mesa driver Jonathon Nunez managed to steal the ball again from a pass from wing-player, then scored from the side after racing from the other side of the pool. With a few minutes left in the game, Mesa managed to score two more points before the quarter ended, score being 17-6, on October 23rd Wednesday

Even with another victorious game head-coach Nathan Resch says there is a lot the team needs to work on to be better prepared for the upcoming PCAC tournament and the rest of season overall. Coach Resch explained, “The focus right now is putting in last-minute effort and hard work so we can have that under our belts when we get to our conference tournament. I think some of the fundamentals today were an issue. Getting their legs under them to make a good pass, it’s difficult to make a good pass if you can’t keep your legs stabilized; same with shooting.” However, coach Resch then stated that the team has been working on communication during training and he thinks with this skill they will be prepared for the upcoming conference tournaments. The next game is scheduled Wednesday, October 30th against Grossmont College at 3:30.