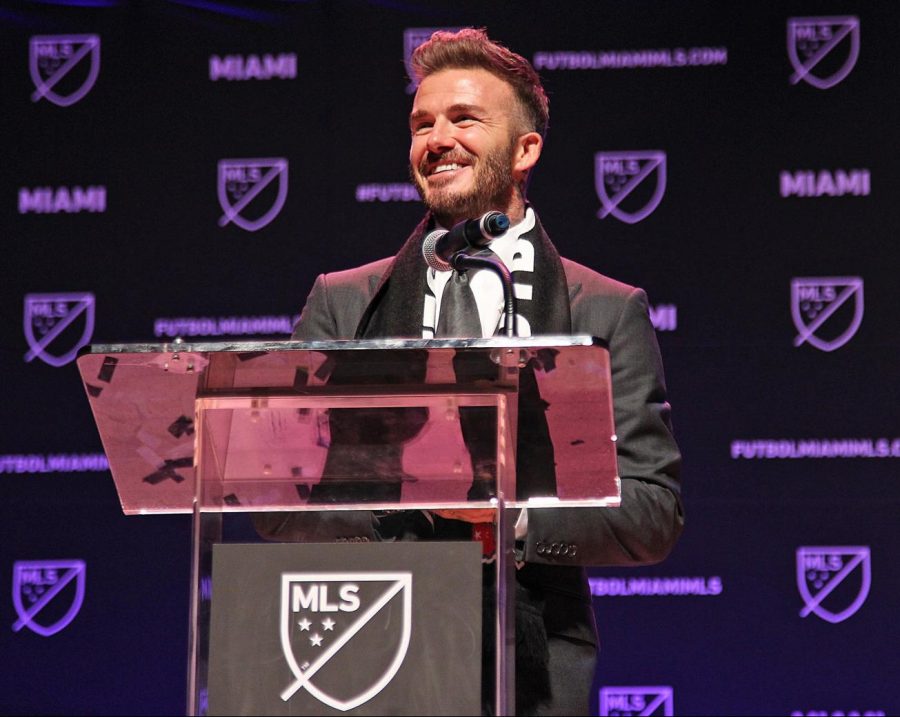 The idea that Major League Soccer will overtake Major League Baseball as the third most popular American sports league is very realistic.

MLS kicked off its 2020 season, highlighted by the debut of David Beckham’s expansion team, Inter Miami. The league celebrates 25 years of existence after soccer “arrived” in America with the hosting of the 1994 World Cup.

With spring quickly approaching, the sports world is usually in an unusual time period. The NBA and NHL are in the final stretch before their postseasons conclude in early June. The insanity of March Madness, the college basketball championship tournament, will entertain for a couple weekends. With the MLB still in spring training and preparing for their slow, lengthy eight month season, there is not much else on the horizon after that.

At a 2020 MLS season kickoff event, Los Angeles Football Club owner Larry Berg stated he believes the MLS will be a more popular American choice than the MLB, according to the Associated Press.

“I think we’ll pass baseball and hockey and be the No. 3 sport in the U.S. behind football and basketball,” Berg said. “We definitely have the demographics in our favor, both in terms of youth and diversity,” as reported by the Associated Press.

The owner of the now second-newest MLS expansion team has the numbers on his side. According to a Gallup poll conducted in 2017, 7% of Americans selected soccer as their favorite sport while 9% had baseball as their top choice. Although still more popular, this was baseball’s lowest number since Gallup first began this poll in 1937.

The biggest testament to this narrow gap is the rise in quality and quantity of American soccer players and fans.

In the past decade, there has been an increase in top American professional players going to Europe to play in the best leagues in the world. Recently, we are observing the best American amateurs joining the biggest youth academies in the Europe. As teenagers in these academies, the young players focus their life around soccer with support from the club in order to be successful professionals.

This ambitious process is starting to pay off for these youngsters. Last summer, 21-year-old American player Christian Pulisic was bought for $73 million by Premier League giants Chelsea from German club Borussia Dortmund. He had joined Dortmund at the age of 16.

Locally, the effects of the spread of soccer are very apparent.

This year, before the COVID-19 pandemic halted American sports leagues, San Diego was to welcome the inaugural season for two local franchises: San Diego Loyal Soccer Club and 1904 Football Club. According to the team’s website, the Loyal are managed by U.S. soccer legend Landon Donovan and are members of the United Soccer League, the United States’ second tier league. Meanwhile, two of 1904 FC’s founders are former Premier League stars Eden Hazard and Demba Ba, also according to the team’s website.

In the three years since the Gallup poll, MLB’s popularity has only diminished. The league’s office has been trying to adapt the game to our modern culture, such as speeding up pace of play, but any progress has been destroyed by the Houston Astros cheating scandal.

The Astros were exposed in Nov. 2019 by The Athletic for a sign stealing operation. The team used video cameras to observe the type of pitch the catcher was calling, then simultaneously banging on a trash can to alert the batter during their 2017 championship season and the years following.

Demeaning the integrity of the sport on the way to a World Series title has made many fans of baseball irate. However, the handling of the situation by the MLB has led to far more outrage than first imaginable.

After the league’s investigation, and what was said to be a “player-driven” scandal by MLB commissioner Rob Manfed in his investigation summary, only general manager Jeff Luhnow and manager AJ Hinch were suspended for one year, later to be fired by the Astros. These would be the only suspensions handed out as not one player was punished.

The stars of the Astros were faced with a tornado of media at the beginning of Spring Training where they offered half-hearted apologies – much to the disgust of the baseball world.

This horrid taste baseball fans have in their mouth is awful for the already struggling league. This black eye on baseball will always be a shameful part of its history and a main reason for its descent against soccer.