Women’s soccer goes on a rampage, winning 9 games in a row 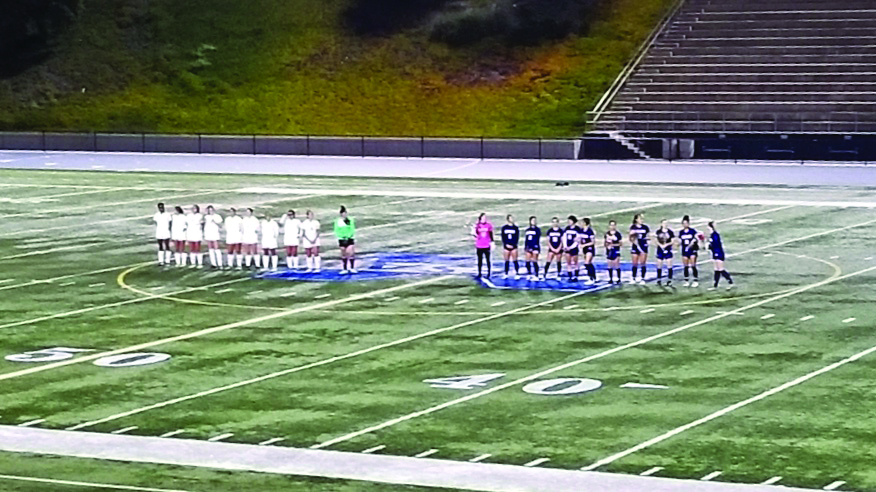 The San Diego Mesa College Women's soccer team lines up for their game against Southwestern College, eventually leading to a 5-1 victory, giving them a 9 winstreak.

The San Diego Mesa Women’s Soccer finished their season with a fantastic record of 14-2-2, beating Southwestern, Grossmont and tying with City in their final three games.

The Lady Olympians are one of the top ranked teams, and according to the Mesa athletics website, they “captured the PCAC conference championship. The team went undefeated in league play with a record of 12-0-1 and amassed 54 goals and only gave up 6 goals in conference play.” The website also noted that this was the seventh time in the last eight years Mesa has won this accolade.

During their victory against Southwestern, Valeria Vargus scored the first goal of the game. By the end of the first half, Mesa was leading 3-0. Kassandra Ortiz scored a penalty kick during the second half, giving their lead an extra boost. Though the Southwestern squad was able to get a goal, in the end it was another goal from Mesa giving them that 5-1 victory, extending their win streak to nine games.

Marline Lopez, one of the captains for the Olympian team, describes her team’s mentality as a whole. “I would describe our teams mentally as strong, simple as that.”

During the 2021 season, the Olympians went on a 9 game win streak, winning games in absolute blowouts, with victories such as 8-0 versus Imperial Valley, 8-0 against San Diego Miramar, 6-0 against Palomar, and of course the 5-1 victory over Southwestern. Lopez noted, “I am more of the voice of the team,” and Corell said, “I am more of the heart of the team.” Both athletes show up for their squads when it matters.

Corell said, “I’d definitely say we’re very confident going into the playoffs in about two weeks. We all seem to trust each other.”

In most cases, teams would have to yell out to communicate to their teammates; however, during the Southwestern match, the women’s soccer team played silently and focused throughout the game. “Like Kameryn said, we usually trust each other on what we do during the game which definitely benefits our success,” said Lopez.

One of the main roles in soccer is the goalkeeper. They are the last line of defense and are no easy role just to fill in. But for Megan Graffman, she emphasized that she “loves playing goalie. My teammates do a lot of defending as well. Playing goalkeeper is fun and it’s a challenge at the same time.”