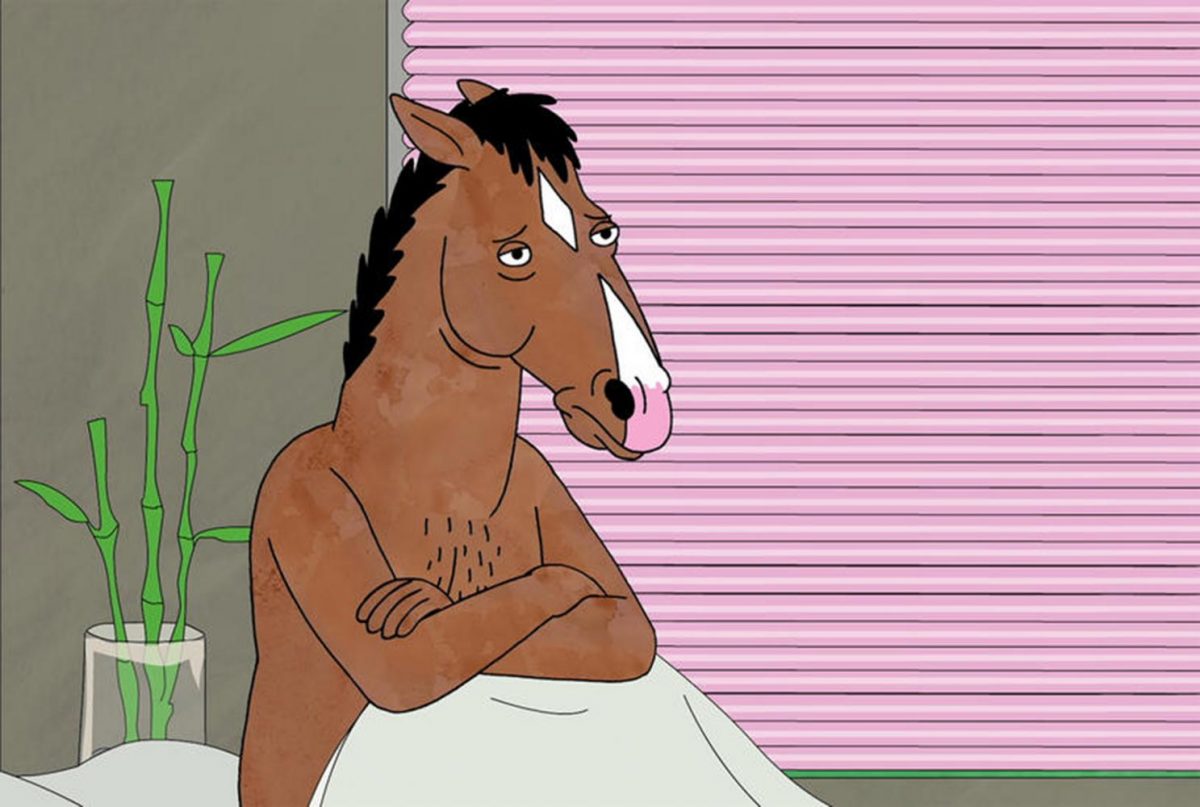 Bojack Horseman is an animated sitcom that, with dedication, persistence, and a Netflix subscription (or decent torrenting skills), can be binge-watched in just two days. The most recent season premiered Sept. 8 and currently boasts a 96 percent on Rotten Tomatoes.

The series is known for its indelicate approach to sensitive issues, and season four is no exception. Marriage, fracking, gun control, and more! In 12, 26-minute episodes, Bojack Horseman addresses it all in a beautifully illustrated, unapologetic manner.

This season was drowning in bureaucratic undertones. MSNBSea’s Tom Mumbo-Grumbo and other celebrity anchors parodied the sorry state of American journalism: “I am totally unqualified to cover a news story this important, but as a straight white male, I will plow forward with confidence and assume I’m doing fine!” Mr. Peanutbutter’s gubernatorial campaign and a certain somebody’s presidential one were eerily similar. But, look. While insightful, humorous, timely, political commentaries should certainly be recognized as such… nobody should have to vicariously relive last year’s mess of a presidential election via their favorite animated characters.

Politics aside, the character development in season four was nothing short of remarkable. Watching Bojack embrace his role as a father unearthed a new dimension to the desolate horse we’d all come to love in seasons one through three. The progression of his mother Beatrice’s dementia challenged their hostile relationship dynamic. Flashbacks were more frequent this season; glimpses into Beatrice’s past destabilized her perimetric depiction as an abusive, failed mother. Princess Carolyn’s struggles with fertility cultivated a new depth to her career-orientated persona.

Surprisingly enough, it was the evolution of sub-adjacent storylines that really resonated with the audience. The personal issues introduced in Bojack Horseman are all too familiar, but never clear-cut, or neatly resolved, for that matter. More importantly, these issues manifest themselves in characters that are real and relatable. Flawed, multifaceted individuals like Bojack, Diane, Hollyhock, and Todd. Ergo, we are deeply responsive to the tribulations they endure.

And A-average ratings for all four seasons only goes to show: do we, perhaps, find comfort in the consistency of the characters? Do we find solace in their sadness and imperfections? Bojack Horseman season four champions depth and relevance. A must-watch for all adults with a decent sense of humor.