‘The Nun’ did not live up to its hype 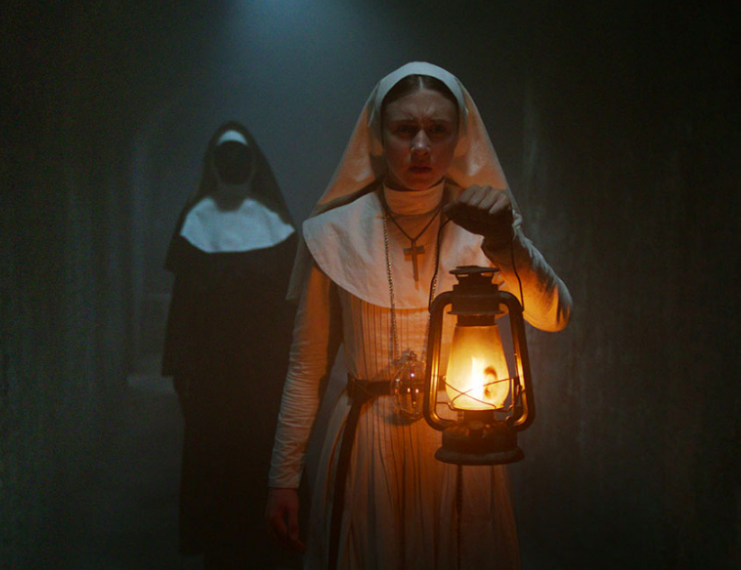 rThe fifth movie in “The Conjuring” franchise was a let down to many. While the storyline and plot were unique to this series of movies, the execution was only slightly scary with very few scenes that made you jump unexpectedly.

“The Nun” is the story of how the demon Nun from “The Conjuring” came to be. The movie follows a priest, Father Burke, and a nun in her novitiate, Sister Irene, who are sent by the Vatican to investigate an abbey in Romania after a Nun kills herself. They then discover the secrets of the abbey and the spirit that haunts those inside.

Father Burke, played by actor Demián Bichir, is revealed to have a dawning past of his own which comes back to haunt him as the investigation into the abbey becomes more challenging. While Sister Irene, played by Taissa Farmiga from “American Horror Story”, has her faith put to the test as the demon nun terrorizes them in the fight for their lives.

Overall, “The Nun” was disappointing. Gaining the low score of 27% on the Rotten Tomatoes scale, this film was too predictable and the only real scares in the movie were jump scares; the movie did not produce real terror for its audience.

“The Nun” could have been executed better as the plot gave this movie potential to be hauntingly scary. For those, however, who enjoy the type of scares that are predictable yet still make you jump, then this movie could be the right fit.