From the comic strips to Netflix 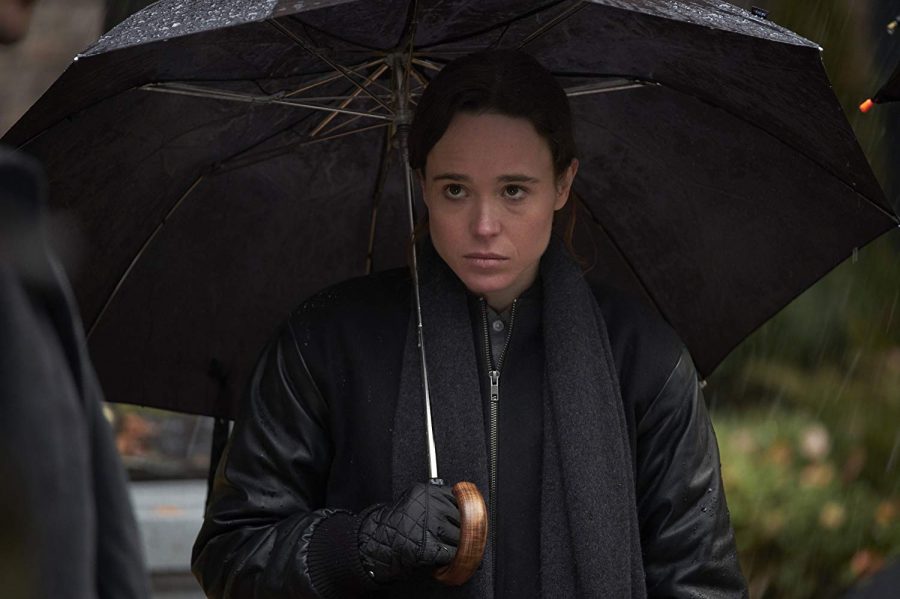 For the first time in 17 years, Vanya reunites with her siblings during their father's funeral. Photo Credit: IMDb.com

Audiences are roaring about Netflix’s new show, “The Umbrella Academy,” which had its series premiere on Feb. 15. The show tells the story of the dysfunctional Hargreeves siblings who are brought back together after the death of their father.

The show takes on the darker side of superheroes, their insecurities, and strained family relationships.

The origins of “The Umbrella Academy” come from Dark Horse Comics written by Gerard Way and Gabriel Bá. The influence of its origins is seen through the character designs, including the iconic Umbrella Academy logo that makes its way into the opening credits in various creative ways. The adaptation takes on character design with a more modern look compared to its comics. The changes made to their designs help bring the characters into the screen. Although, this somewhat backfires since the character design is not up to par in comparison to the designs from the comics, which many viewers were expecting. This is specifically seen with Vanya, played by Ellen Page. In the comics, Vanya is seen with white hair and a violin bodysuit but those elements are switched for a simple white suit and tie. Hopefully, this will be seen in the next season.

The storytelling of the show is unconventional as it involves time travel due to the power of Five, played by Aidan Gallagher. Some scenes repeat, but the outcomes of these scenes differ. This element was meant to tug at viewers’ heartstrings. Although, it is yet another element that seems to backfire. Just as there seems to be a happy ending on the rise, it must be given up for the greater good of the storyline. It also seems to allow the audience to see the dynamic between the Hargreeves siblings as they try to rebuild their relationships.

We are able to further see the powers of the Hargreeves siblings in action. As they begin to overcome their personal hurdles through each other’s company, the audience gets to see a good amount of character development. This is especially seen through Klaus, played by Robert Sheehan, one of the many characters who at first who rejects his power. His quirky and risqué characteristics quickly make him into a fan favorite. However, the help he offers to his siblings does not only help the storyline progress but allows the audience to have a deeper understanding of Klaus as a character. The reasons behind his drug addiction, his hatred towards his father, and why he begins to fight himself to stay clean are all revealed as his character unfolds.

Within the realm of character development, the show poses a question to its audience. What happens when an ordinary character takes an unexpected turn and develops into a villain instead of the hero they were once meant to be?

An aspect of the show that was very enjoyable was the vibrant music that helped provide a layer of comedic effect during violent fighting scenes. Way’s past as a musician clearly has an influence on the choice of music. A clear indicator of this is Way and Ray Toro’s collaborative rendition of “Happy Together” along with their original song, “Hazy Shade of Winter,” both used in the show.

Despite its dark concept, the show is very entertaining, all while maintaining its superhero nature. According to NME.com, the show has been renewed for a second season.

With its season one finale, a lot of questions arise. Will the gang be able to save the world without killing each other first? Will Five finally get a decent cup of coffee? Find out in The Umbrella Academy’s upcoming season, scheduled to go into production at the end of 2019.