Local Clothing Designer Invites the homeless to ‘pull up and eat’ 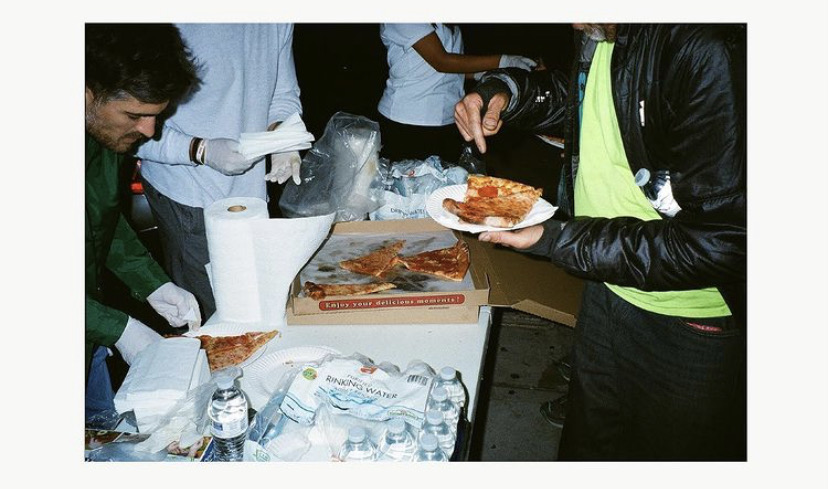 You see it everywhere, from the moment you get off the 94 freeway to East Village and into the pockets of Balboa Park and Bankers Hill. Many streets in San Diego are overpopulated with the homeless. Homelessness is a rising epidemic that San Diego has been dealing with for decades and it’s a problem that the city acknowledges but has yet to find its solution. Organizations have tried to push and advertise homeless outreach in hopes of decreasing the homeless population whom according to 10 News, “task force’s 2019 Point-in-Time count survey puts the county’s homeless population total at 8,102, down from both last years observed total of 8,576, and the total of 9,116 in 2017.” A more troubling fact listed on Voices of San Diego mentions how 78% of the homeless population in our city is made up from residents that became homeless rather than people who migrated into San Diego streets. It’s no secret that the homeless population rising is in direct correlation to gentrification and other trends. Father Joe’s, Salvation Army, and other homeless outreach programs in San Diego can’t do this by themselves, and that’s why people like David Castillo are taking matters into their own hands.
David Castillo (29), a San Diego native and a South Bay resident has seen his fair share of homelessness throughout his life in the city. “I’m no stranger to downtown. I went to City College since I was 17, I was working in boutiques at Gaslamp since I was 18. Every day I was dealing with homeless people, some of them on drugs coming into the boutiques I was working at, picking some shit up, causing a scene. It was really annoying, it doesn’t make you like homeless people, but seeing them everywhere, it kind of became a normal thing to me.”
Since then, David has created a successful clothing line called Rottweiler. The San Diego based brand has been worn by ASAP Bari, a fashion designer who is part of ASAP Rocky’s group ASAP Mob, as well as Malik Burgers who’s part of Rob Stone’s 1207 group and Rossi Rock of Suav City. David also hosts meetups called Tangerine Hours, where individuals can catch up with local musicians and artists.
He first started his homeless outreach when his close friend Rossi Rock called David over the phone. That ordinary phone call led them to the idea to feed the homeless. They both decided to buy six pizzas each and paper plates, and then they simply started to hand out pizzas by the slice. “We didn’t have any plans or coordinate anything beforehand. I talk to (Rossi) every day, and that’s what we decided to do that day,” David said. Their spontaneous decision to feed the homeless that day is how his Pull Up and Eat campaign came into fruition.
A video on David’s Instagram platform showcases him and Rossi with at least five pizza boxes, handing out slices to homeless people in the surrounding area. Since the first Pull Up and Eat, David has had six other outreach events. The Pull Up and Eat campaign started in May and since then, more people have volunteered and even made food of their own to help the cause, each time growing exponentially. “These are real people, one meal isn’t going to change their situation, one slice of pizza isn’t going to get them off the streets but it’s what happens in that day that I could change,” David said in hopes that his campaign can be a start to something bigger. Through his campaign he’s met, connected and created relationships with these people but he has also seen the bad side ⁠— the side that still makes homeless a problem here in the city. “Anyone that’s capable and acting for themselves and has a job, can figure out a way to get five dollars and buy someone a pizza.” So, it’s not rocket science, just pull up and eat.