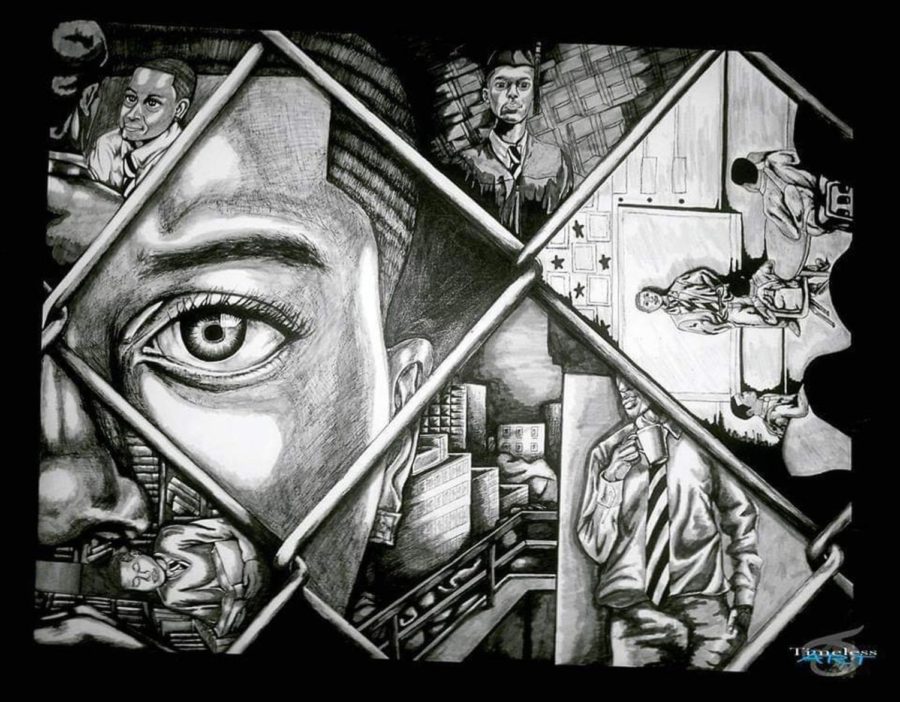 "Agents of Change" was directed and produced by Frank Dawson and Abby Ginzberg.

On March 10, the Mesa Black Studies Department hosted a virtual screening of the film “Agents of Change,” as well as a Q&A seminar with the film’s director, Frank Dawson, as an extension of their Black History Month celebration.

The event was due to take place back in February, however, the initial screening fell victim to an infiltration of a host of racist individuals, an occurrence which was only one of several hateful Zoom bombings that took place last month. Chair of the Mesa Black Studies Department and an organizer of the event, Thekima Mayasa, noted that the disruption highlights the prevalence of hate and fear still surrounding topics of racial equity and social justice.

“[The Zoom bombing] shows the level that people are willing to go through to thwart this kind of progress and unity,” Mayasa said of last month’s disruption. As a result, the event organizers adopted stricter security measures, ensuring that the screening went ahead as planned.

“Agents of Change” is a documentary about the history and development of Black Studies Departments in the United States. It was co-produced and directed by Dawson, a television producer, writer, and the Interim Dean of Career Education at the Santa Monica College Center for Media and Design, along with Peabody award-winning filmmaker and documentarian, Abby Ginzberg.

“[The film] was a labor of love that my co-producer and I, Abby Ginzberg, began in 2010,” Dawson said. “It took us seven years to complete this project.”

Dawson and Ginzberg both attended Cornell University as undergraduates in the late 1960s, where, according to Dawson, he developed the idea to make a film about the student protest movement that transpired there.

Boasting a host of notable interviewees, from the actor Donald Glover to the lawyer and critical race theorist Kimberlé Crenshaw, the film also includes testimony and footage from the likes of Martin Luther King Jr., Stokely Carmichael, and Muhammad Ali. It proves to be an in-depth examination of the conditions of Black students on university campuses throughout the 1960s. Via its interview-based style of exposition, the film outlines a critical first-person account of the events leading up to the genesis of the Black Studies Department as an educational institution in the United States.

“It wasn’t just public discord,” Ed Winfield, a prominent student activist in the 1960s and an interviewee in the film, explained. “It was people being actors in their own lives; real agents of change.” According to Dawson, Winfield was an inspiring force in the Black Studies movement of the 1960s, as well as continuing to persist as an agent of change today.

“He was the most brilliant student I ever met,” Dawson said. “He left Cornell [where he was a Ph.D. student] to open up a freedom school in North Carolina.”

Before he ever set foot in Cornell, however, Dawson grew up in the public housing projects of New York City. “I was an inner-city student,” he said. “I hated school. I didn’t see what education was doing for me.”

It was not until Dawson was approached by a friend who attended “an all-white boarding school” in upstate New York, that he finally considered school as a serious pursuit. Moreover, from this boarding school vantage point, Dawson applied and got accepted as an undergraduate at Cornell University in 1968; an experience that proved to be anything but a normal collegiate encounter.

Another alumni of Cornell and interviewee in the film said of her experience that, “It’s not like you’re pushed aside, it’s like you don’t exist.”

“Another side of that was,” Dawson told me, “we had a commitment to excelling in the classroom, and almost overdoing and showing off that we were from the hood.”

“Agents of Change” explored an element that became apparent through the protests which broke out last spring over the killing of Geroge Floyd by white police officers: though ample degrees of social progress was made during the course of the Civil Rights movement, much has yet to be realized.

“Do we have a long way to go? Certainly we do; because systemically, in terms of some very key things of concern, some of those things [in our socioeconomic structure] have not changed,” Dawson said.

However, Dawson makes clear that concrete social progress is and has been achieved, if only from the standpoint of having obtained greater measures of social consciousness.

“Have we moved past it? Certainly not,” Dawson continued, “but it’s different. Right now, we are in a time of greater recognition — in terms of getting people who want to further understand… So, is today exactly the same as in the days of my parents’ generation [or my own]? Certainly not.”

The filmmaker is also adamant about encouraging young people and students to participate in activism and be agents of positive social change themselves.

“Be engaged,” he stressed. “It’s not about being on the sidelines. A lot of times, as students, we don’t recognize the power that we do have.”

“Agents of Change” can be streamed and purchased through the film’s website.