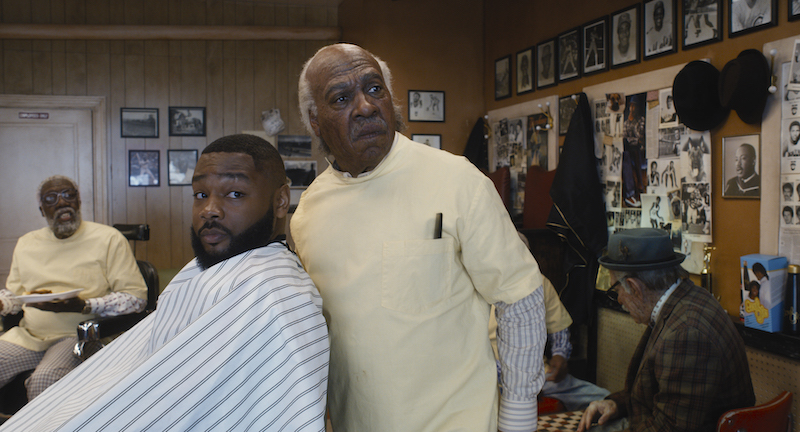 Before Wakanda, there was Zamunda.

“Coming to America,” directed by John Landis in 1988, depicted a realized African dynasty that could only be described as fit for a prince. Naturally, no better fit for the main role was there than comedic prince Eddie Murphy.

The film’s release resulted in both domestic and worldwide success at the box office and is now revered as a cultural treasure and a nostalgia-inducing classic in Eddie Murphy’s royal arsenal of filmography.

So when the announcement came that a sequel was in the works, it understandably came with some skepticism. In a world of political correctness and “cancel culture,” fans of the original film feared that the sequel would not include elements of what made the 1988 film so iconically funny.

Eddie Murphy returns as Prince Akeem Joffer, the heir to the Zamundan throne, now a doting husband to his Queen Lisa, played by Shari Headley. He is also now a loving father to three daughters; his oldest and youngest daughters, Meeka and Tinashe, are played by Kiki Layne and Akiley Love respectively, and Murphy’s real-life daughter Bella has the role of Akeem’s middle daughter, Omma.

When Akeem’s father King Jaffe, played by James Earl Jones, passes away, he must travel once again to Queens, New York, to find the true heir to the throne of Zamunda. With the help of his loyal confidante of 30 years, Semmi, played by Arsenio Hall, Akeem locates his son, Lavelle, played by Jermaine Fowler.

Accompanied by his mother, played by Leslie Jones, Lavelle returns to Zamunda with King Akeem to learn of his newfound princely duties. King Akeem concludes that there is more to being a king than assuming the throne, and that family is the greatest ruler of all.

One of the triumphs of the film is its ability to introduce sociopolitical issues relevant to real-life experiences of Black people. This is displayed in a particular scene where Lavelle is at a job interview at the Duke and Duke firm. The reference to the business is a clever nod to the Brothers Duke from the 1983 film “Trading Places,” two other antagonists in the EMCU (Eddie Murphy Cinematic Universe).

Interviewed by Calvin Duke, played by Saturday Night Live news correspondent Colin Jost, Lavelle points out the disparities that exist between him and his white interviewer. Much to Duke’s chagrin, Lavelle is more than happy to walk out of the interview so as not to feel any further onslaught of microaggressions.

Although there were opportunities in the film where the comedy could’ve been taken back to 1988, the fresh take on dry humor and the myriad of cultural references bring the world of Zamunda into the 21st century. As a word of caution, older fans can take note from Akeem’s daughter Omma: “to be on fleek is no more.”

The storyline would be remiss if it didn’t include some of the original film’s beloved characters, many played by Hall and Murphy: the neighborhood barbers with their tongue-in-cheek rapport, the musical stylings of Randy Watson and “Sexual Chocolate,” and the chaotic-but-devout Reverend Brown. Also returning is the head of the McDowell’s fast-food empire, Cleo McDowell, played by John Amos.

Alongside the characters from the 1988 film, “Coming 2 America” embellishes a star-studded cast that is on par with the gems of the Royal Jewels. Fans can revel in cameos from Morgan Freeman, En Vogue, Salt-N-Pepa, Gladys Knight, Teyana Taylor, Rick Ross and Trevor Noah, to name a few.

While “Coming 2 America” may not have met the full expectations of those fans who longed for a film that calls back to the era of Eddie Murphy’s “Raw,” the purpose of the film served as a way to blend the generations of fans who consider the original film a staple of Black cinema. Zamunda may be a place of fiction, but the reality of Black excellence lives on.