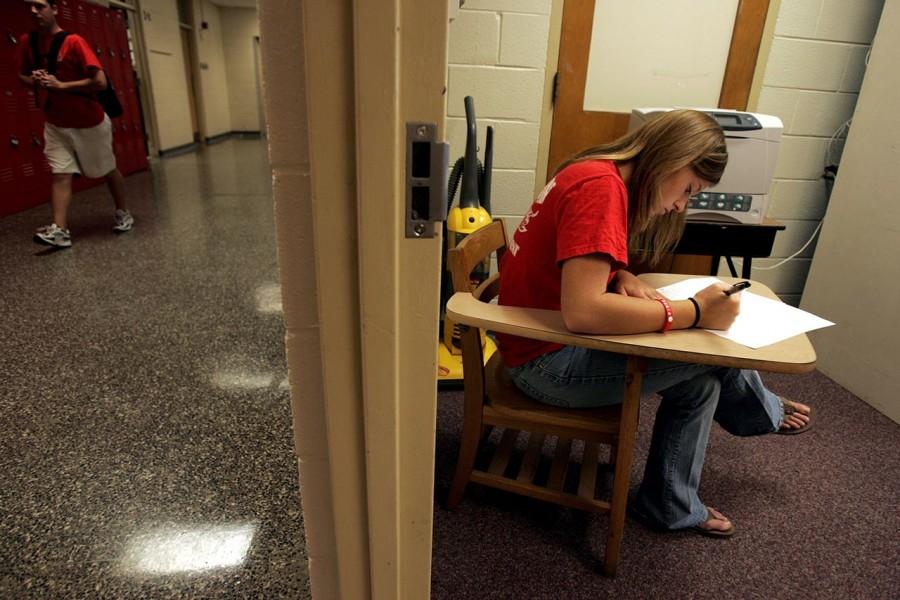 When people think of college students, they often associate them with binge drinking, Top Ramen and gallons of Starbucks Coffee. The stereotypical student studies hard all week long, followed by partying hard all weekend long. When coffee does not do its job, what do students turn to for studying and staying focused? The latest answer is Adderall.

Adderall is a popular prescription drug prescribed by doctors to primarily help patients who have attention deficit hyperactivity disorder, and sometimes narcolepsy. Since people who have ADHD are generally very hyper and have a hard time focusing on the task at hand, Adderall is needed in order to stay attentive and calm. However, when students without ADHD or Adderall prescriptions take it recreationally, it can have severe effects.

Andrew Weaver, a University of California, San Diego undergraduate student, has been recently prescribed Adderall and talks about its noticeable side effects.

“I’m taking five milligrams. Even on this, it kicks up my anxiety a lot so I take another medication to balance it out.”

Even though he doesn’t have a strong opinion on students who unnecessarily take the drug, he generally advises against it since “the side effects can be nasty.”

One female Mesa College student, who wishes to remain anonymous, has taken the prescription since she was 19.

Before being prescribed, she says, “I managed to complete tasks before I started taking it, however, it would take hours just to complete one. As a consequence, I wouldn’t get much done; it was an endless cycle of self-disappointment and non-productivity.”

“My ex-boyfriend is the only one who has suggested selling my pills, a suggestion I rejected. Aside from that, I don’t tell others about my prescription. I’m aware I could make a generous amount of money selling my pills, however I’m very paranoid because it is a schedule two drug and also because it is a serious drug in my perspective,” she said when asked if she has ever considered selling her pills.

Since Mesa is a community college without dorms or on-campus housing, most students do not directly witness any type of drug abuse on school grounds. One male Mesa student who originally attended University of Iowa — considered to be one of the top party schools in the nation — thinks prescription drug abuse is not as common on our campus.

He went on to explain how peer pressure is much more present on university campuses because of certain living situations and the lack of commuter students. Since his roommate in Iowa smoked cigarettes, he began to smoke as well. Despite different pressures from other students, his views on taking non-prescribed Adderall are fairly neutral.

“Adderall is a cheap pill whether or not it’s prescribed. Legal amphetamines to get you focused and do your work? It’s like having a couple cups of coffee. I don’t know. It’s good. It’s bad, but you can become dependent upon it. So, as long as you got a steady supply, it’s good!” he exclaimed.

According to the article, “Full Report and Key Findings: The 2012 Partnership Attitude Tracking Study, Sponsored by MetLife Foundation” on drugfree.org, the PATS study, which took place from 2008 to 2012, showed that one out of every four teenagers had admitted abuse of prescription drugs on at least one occasion. Even more shocking, the study reveals that 16 percent of parents would rather see their children abusing prescription drugs than illegal drugs. Many believe that these rising percentages are partially due to the laidback views of parents on their children’s recreational use of these prescription drugs.