Campus police crack down on skateboarders 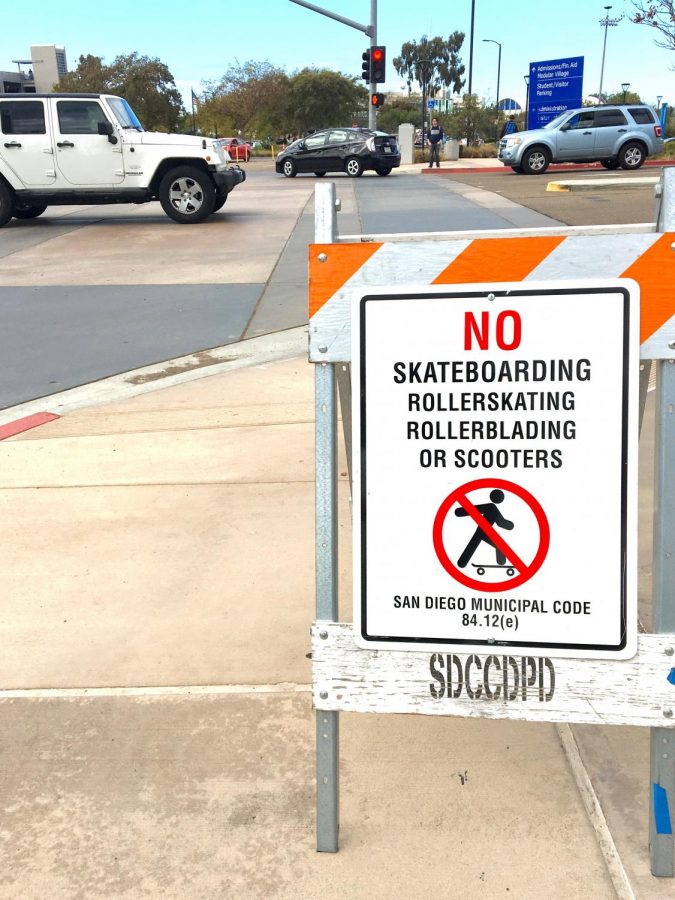 San Diego Mesa College finds itself trying a more vigilant approach to rid itself of the skateboarding issue. You may have noticed even more signs posted this semester prohibiting skateboarding on campus. That is because skateboarding has become a safety hazard at Mesa. According to campus police officer Jeff Hughes, “people are getting hit.” Hughes stated that his boss, Lieutenant Diana Medero, was hit the first week of the semester by a skateboarder.

Under San Diego Municipal Code section 84.12(e), violators may be issued traffic citations if caught skating on school property. Hughes says the amount is different and is “between the person, the court, and the person’s prior history.” About 6 citations have been issued to skateboarders this semester alone.

Many of Mesa’s students have expressed their opinions on the matter, like Jose Gonzalez, who believes the law should be enforced. Gonzalez says, “a lot of people don’t pay attention when they’re walking, so it causes accidents.”

Student Rachel Reams had a different view on the issue stating, “skateboarders are usually aware of their surroundings and are not likely to run into people with the exception of them not grinding on hand rails and cement benches so they won’t damage school property.” Reams added that skateboarding should be allowed for transportation purposes. Officer Hughes agrees, “It’s a faster way to get around campus but it’s just not practical, there are too many people.”

It is about a 0.6 mile walk from Mesa’s main entrance to the Learning Resource Center. Currently San Diego State University allows skateboarders to ride in designated bike lanes, while UC San Diego permits skateboarding on most paved surfaces.