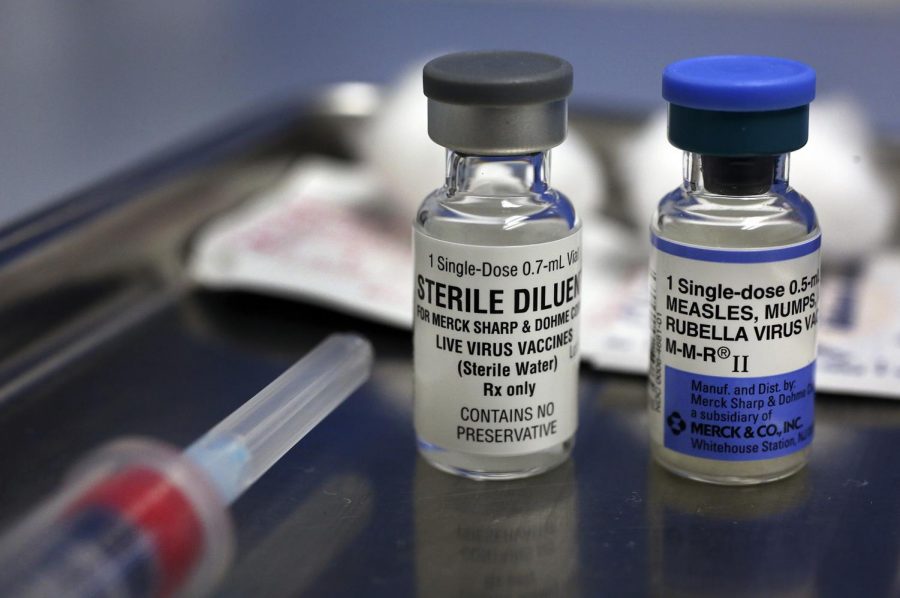 Because measles is not just a benign childhood disease, experts encourage all those who can to get immunized.

California health officials have declared a measles outbreak in Los Angeles county, with 14 confirmed cases in that area and as many as 750 cases across the United States, making it the nation’s “worst year for measles in a quarter century,” according to the New York Times.

The disease was declared eliminated in the US in 2000, after more than 12 months without any outbreaks. However, this does not mean there are no chances of new outbreaks to occur, as measles can be brought in from other countries. Even though vaccination rates in California are typically high, there are communities with low vaccination rates, allowing a single case to spread quickly.

In 2015, the New York Times reported on a single case of measles at Disneyland in Anaheim, which eventually led to a 147-case outbreak that not only spread across California but traveled to several other states as well. According to the New York Times, this outbreak was largely fueled by both low vaccination communities and the anti-vaccination movement, the latter which relies on frequently spread false information regarding the safety of vaccines.

According to Centers for Disease Control and Prevention, the virus is able to live for anywhere up to two hours in an airspace where an infected person coughed or sneezed, and up to 90% of those unvaccinated around this person will become infected. Symptoms of measles do not show for several weeks, leaving those with the virus to unwittingly infect those susceptible to it virtually anywhere they go.

This is particularly dangerous for those unvaccinated, as well as children under 5 who are too young to be vaccinated, those over 70 with suppressed immune systems, and the immunocompromised. According to the Los Angeles Times, LA County Health Officer Muntu Davis stressed the importance of vaccines in a news release. “We will likely see additional measles cases in Los Angeles County, so if you are not already immune to measles, the best way to protect yourself and to prevent the spread of measles is to get the measles immunization,” Davis said.

Overall vaccination rates of 90 to 95% are required in order to provide what is called “herd immunity,” according to CBS News. Herd immunity happens when that vaccine threshold is reached and is what helps prevent outbreaks and further protect those who are unvaccinated solely due to age or medical reasons.

Given the highly contagious nature of measles and San Diego’s proximity to LA county, there is a greater chance of an outbreak to occur here. According to Health Services Center Director Suzanne Khambata, the San Diego Community College District collaborates with the San Diego Public Health Department to manage disease outbreaks. “There has been a lot of planning and training about outbreaks so we are confident that we are up to date on the research based evidence for best practices,” Khambata said.

After San Diego’s Hepatitis A outbreak in 2017 and the likelihood of measles traveling down from LA county this year, Khambata urges students to practice basic health and safety etiquette. “Most importantly, keep your hands clean, stay healthy with good amounts of sleep and nutrition, and see your medical provider when you are ill,” she said.

For unvaccinated students, Mesa offers the vaccine for measles on campus at the Student Health Services office for $65, located in room I4-209. For students unsure of their vaccination status, Health Services also offers immunization titers tests for measles for $19. Titers tests are blood tests which check for the presence of specific antibodies in the bloodstream and thus prove immunity to a certain virus. To make an appointment with Student Health Services call 619-388-2774, or, walk-ins are always welcome.