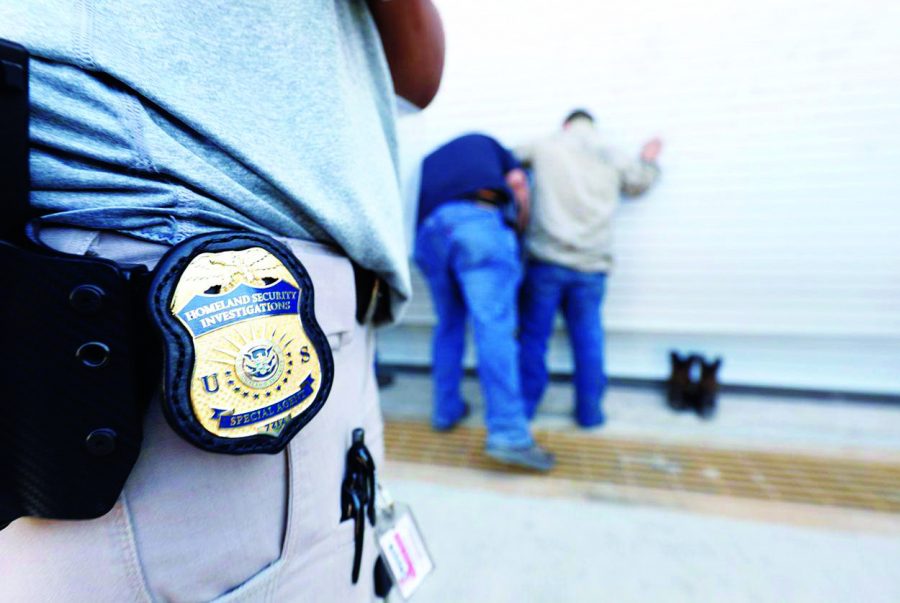 U.S. Immigration and Customs Enforcement cracks down on deportation

SDCCD and Mesa College demonstrate their strong support for immigrants and undocumented students through the organization of events celebrating Hispanic Heritage Month, as well as nearly $1.7 million being raised by Mesa and City Colleges for the educational success of Hispanic students.

As stated in the Mesa Newsroom, Mesa celebrated Hispanic Heritage Month from Sept. 20 to Oct. 12, screening celebrated Hispanic films, produced student-organized exhibits showcasing notable Hispanic figures and their contributions to their communities, and most significantly, they installed “the STEM Center, which aims to support Hispanic and low-income students to prepare for STEM majors.” These latest achievements for the well-being of Hispanic students is rooted in SDCCD’s fundamental principles of advocacy for the opportunities that are frequently not afforded to immigrants and undocumented people.

These principles are exemplified in a public statement made by SDCCD on July 16, providing the district’s stance on the announced U.S. Immigration and Customs Enforcement (ICE) raids targeting undocumented people for arrest and deportation. The district stands strong against the recent legislation, calling it “an affront to basic human rights.” The district has no intention to willfully cooperate with enforcement authorities to gather information on its students, potentially leading to an arrest. The statement made, said the district “will not allow federal immigration officials on campus, absent legal authority; will not act on behalf of federal agencies to enforce immigration laws or aid in deportation; does not share student records containing confidential information about students without written consent, a court order or other legal mandate; and the college police officers will not participate in any voluntary program of immigration enforcement.”

Lynn Ceresino Neault plays a key role in SDCCD’s efforts to prevent the “affront to basic human rights.” Neault is a Vice Chancellor overseeing student services, and also the person who ultimately decides what information on a student can be released. SDCCD abides by the Family Education Rights and Privacy Act (FERPA), which protects the “privacy of student education records,” provided by the DOE. Neault said the act makes it so that “institutions cannot release individually identifiable information from student records without the student’s written consent or court order.”

Recent legislation has been affecting SDCCD’s Continuing Education campuses the most. President of Continuing Education Carlos O. Turner Cortez said, “when I came here five years ago, students in ESL (English as a Second Language) classes and citizenship classes made up 44% of our students, that number this year will drop down to probably about 34%.” Cortez says that he “can’t tell students how to feel” in respects to feeling safe against ICE raids on campus, but “this fear is legitimate.”

Cortez revealed the manipulative tactics ICE uses in order to deport undocumented people. These entail the signing of documents that ICE provides to undocumented people, without the person’s knowledge of the papers being deportation papers. These instances happen in situations where an undocumented person is being cited for minuscule crimes, such as speeding tickets. He says these tactics expose ICE to be “monsters,”. He said, “we certainly go above and beyond to use whatever means possible to support and protect our students.” The faculty strongly contributes to this environment, with Cortez stating “if your heart’s not into this work, then we don’t have space for you here.”

Faculty provides small cards in both Spanish and English to students that give them a script to use if ever in a situation where they are being cited by ICE. There are two others: one for when ICE officials are attempting to enter their home or have a person step out and another for when ICE attempts to search through a person’s belongings.

SDCCD and Mesa are some of the safest places to get an education in Southern California. SDCCD puts a large amount of effort toward the protection of the rights of students, and they advocate for a political change.