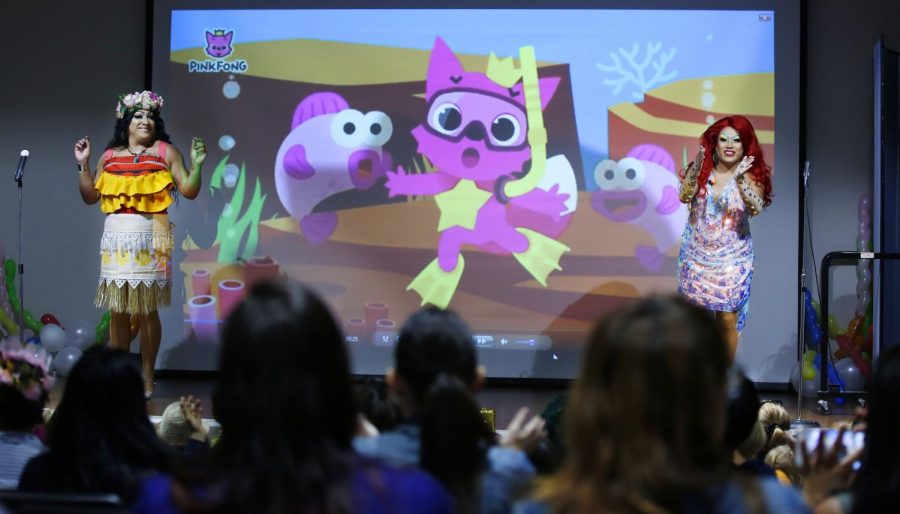 The last event of Latinx Heritage Month took place on Oct. 15 in the form of a virtual screening of a documentary concerning the efforts of two Latino drag queens and their collective experience with hosting a Drag Queen Story Hour at the Chula Vista Civic Center Library.

The event, taking place via Zoom and hosted by Paul Detwiler, an adjunct professor in the Mesa College Biology Department, was a screening of the draft of a documentary produced and directed by Detwiler, showcasing two Chula Vista-based drag queens, “Barbie Q” and “Raquel Ita.” The screening was followed by a Q&A discussion between patrons of the event and the two individuals behind the drag, Jaime Aceves-Equihua and Francisco Soto, both of whom are also grad students with a focus on education.

“We both have backgrounds working in education and doing activist work in the community,” Aceves-Equihua explained, “so (the Chula Vista Library) reached out to us and we were happy to be a part of (the Story Hour) and continue this work that we’ve been doing of sharing our art with communities, especially families.”

With an emphasis on their Latinx heritage and culture, both Aceves-Equihua and Soto explain that the intersection of the art of drag and the Latinx community is one of a symbiotic relationship.

“When I transform into Raquel Ita, I do it with pride for my Mexican culture,” Aceves-Equihua said in the film.

Although the event, as well as the two drag queens involved, are anything but contentious, the context and history surrounding the concept of Drag Queen Story Hour are, according to the individuals involved in the event.

“The concept of Drag Queen Story Hour began in San Francisco and has spread across the country, along with numerous protests against it,” Detwiler said.

According to Detwiler, it was the protests against the Drag Queen Story Hour Aceves-Equihua and Soto were planning on taking part in that focused his attention on the event.

“When I heard about the protests that occurred against the Story Hour…in Chula Vista, I wanted to find the queens involved and document the event from their perspective,” Detwiler said.

Although the Zoom event was the only place where a viewing of the film could be accessed, a complete and finished piece will be available in the future.