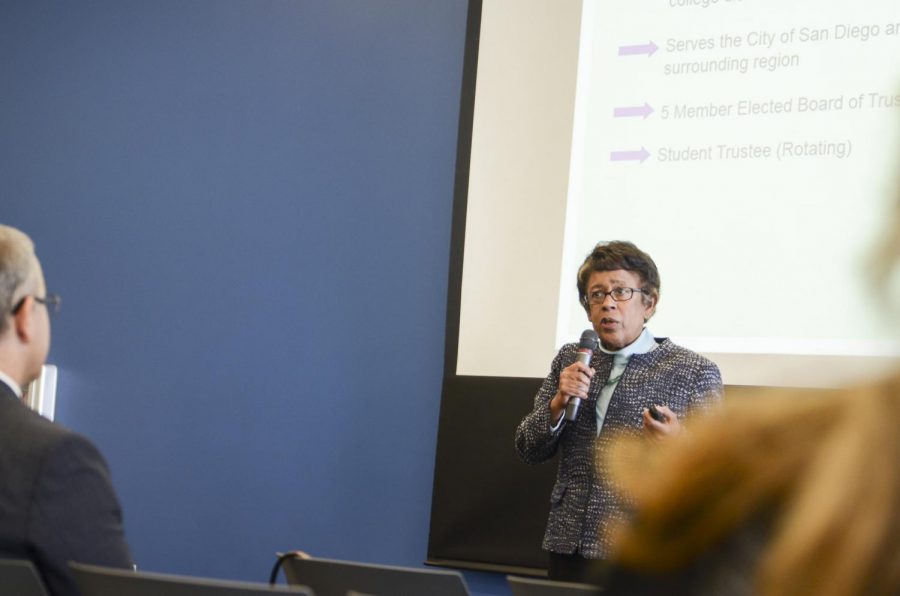 The Mesa College Office of Communications

San Diego Community College District Chancellor Constance M. Carroll sent out a statement on Jan. 10 informing faculty and staff that she had been receiving “racist” and “threatening” responses and emails following her response to the insurrection at the nation’s Capitol.

“Smearing and criticizing me do not deter me in my efforts to do what is right,” Carroll told EdSource following the circulation of her statement.

The contentious email in question comes as a response to Carroll denouncing the insurrection attack at the US Capitol on Jan. 6 that was prompted by former President Trump. In her statement, Carroll noted her opposition to the “seditious action” of the rioters, reaffirmed her support for our “nation’s history and values,” as well as expressed her support for the country’s “new leadership.”

“In addition to positive responses to my statement…negative responses have also come in,” Carroll informed staff in her email release. “Here is an example of just one of the threatening (and racist) responses that I have experienced.”

In addition to the response in question, however, Carroll also noted that she received more.

“There were about 10 [other responses] along those lines,” Carroll told EdSource.

The email in question was written by an individual known only by their account name, according to the response Carroll forwarded out to faculty and staff. In it, the individual referred to Carroll as “a racist, biased black b**** chancellor” and outlines their frustrations at Carroll’s “political and personal stance,” calling it “biased and inaccurate,” as well as a form of “harassment, discrimination and an abuse of her position and office.”

“Even if it was accurate,” the email says in regards to Carroll’s position on the riot at the Capitol, “why is she allowed to use her position to promote her political agenda, personal opinion, and political perspective as she sees it?”

“Several other California community college leaders, including system Chancellor Eloy Oakley, spoke out in support of Chancellor Carroll and to condemn those who would seek to intimidate through racist and threatening remarks,” Beresford said.

There is no mention of involving law enforcement at this time, nor is there any speculation on how to curb further hateful and/or “racist” and “threatening” speech, although Beresford notes that this kind of action is not tolerated within the San Diego Community College District.

“It is important to understand that while we respect freedom of speech and expression, there is no place in the San Diego Community College District for racist and/or hateful speech,” Beresford said. “It matters not that remarks such as these are directed at any student, employee, or even our District Chancellor.”

More hateful speech was noticed online on The San Diego Community College District Facebook page. It is unknown whether or not these two events have any correlation at this time.