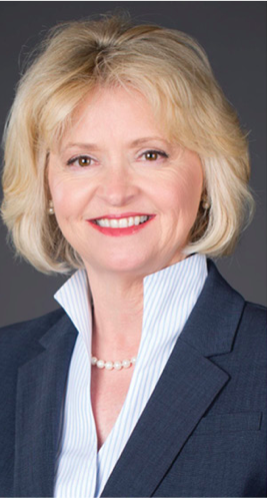 On Feb. 24, the Board  interviewed candidate Barbara Kavalier, current president of St. Charles College in St. Charles, Missouri, in an online forum that reached an audience of around 500 viewers between the two one-hour sessions.

Her opening remarks began with explaining her background, noting that she was a first generation college student who began at a community college and later graduated from Texas Christian University.

“I think it’s important that you know a little bit about my philosophy of education,” Kavalier said. “I believe that all students can learn and I believe all students can be successful regardless of educational background, economic circumstance, life experiences… as educators we have to meet them where they are.”

When asked about approaching the structural inequities and exclusionary policies within educational institutions, she replied, “…It still unfortunately exists in institutions; we need to take seriously our role in turning that around and ensuring equity and inclusion and diversity for our students.”

Regarding COVID-19 and campus closures, she cited the importance of online learning going forward in post-pandemic life.

In explaining her leadership style and working with the Board in the role of chancellor in the future she voiced, “You absolutely have to be on the same page. You have to cultivate a relationship of trust.”

Kavalier is familiar with the SDCCD due to past experience serving as Vice President of Student Services at Mesa College.

“I think it starts from guidance from the board, some clear budget principles, and then I think it’s all about experience and mindset,” said Kavalier when asked about how she would manage fiscal responsibilities within the role.

Kavalier frequently cited her role as President of St. Charles Community College and explained how her experience would guide her in the new role. She explained that St. Charles intentionally decided to be less reliant on funding from the state to avoid monetary issues within her district.

But why apply to be the chancellor of the SDCCD now?

“I always knew I wanted to get back to California. I believe in the system.”

The Board plans to make their final decision on the role in March.