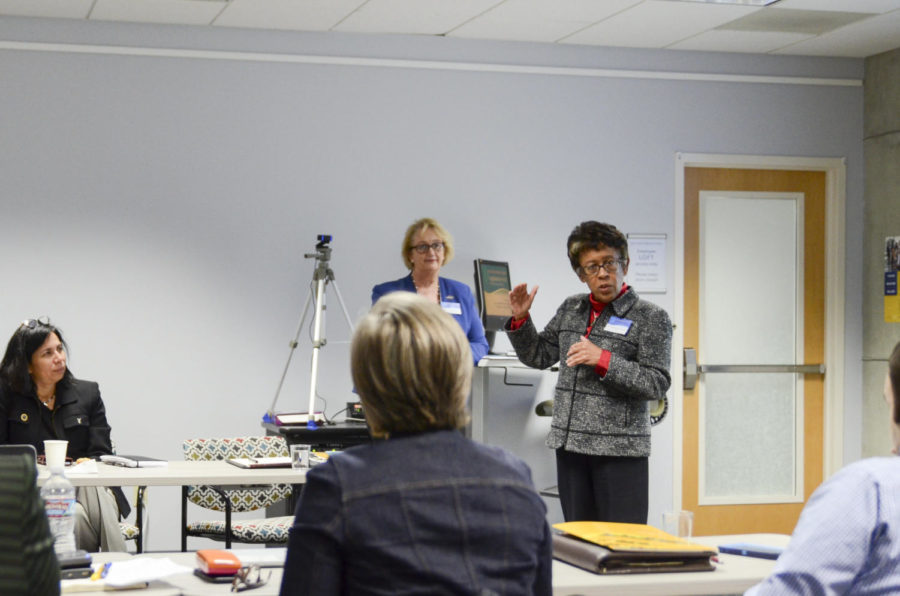 San Diego Community College District Chancellor Constance M. Carroll released a statement on April 20 in response to the verdict of the former Minneapolis police officer, Derek Chauvin, who was convicted of murdering George Floyd during a police stop last spring.

Following nearly a year of protests — triggered after Chauvin pinned Floyd to the pavement with his knee on his neck for nine minutes, 29 seconds — the verdict was closely watched by many around the nation. According to the AP, a crowd of around 300 people anxiously awaited the jury’s deliberation outside of the Minneapolis courthouse, joyously celebrating once the verdict was passed.

According to Carroll, her experience of “having grown up in segregated Baltimore, Maryland” has informed a lot of her thinking when it comes to the issue of the intersection of the police and the Black community.

“I personally witnessed countless cases of African Americans who were brutalized by police, a phenomenon that I have grown to expect over the years throughout the nation,” Carroll said. “While most police officers are dedicated public servants, some are not, and the justice system has not risen to the challenge of addressing their offenses.”

Jack Beresford, Director of Communications and Public Relations for SDCCD, noted that the District is hosting a number of forums and discussions focusing on the recent verdict and its aftermath.

“This week’s decision is an important one for our entire country, including everyone in our District,” Beresford said. “The District’s colleges are continuing to host forums and other events to provide students and employees with opportunities to share their thoughts about both the verdict and the continuing issue of racial justice in America.”

A “Listening Circle” event will be held tomorrow, April 23, at 2 p.m.. via Zoom, for Mesa students to attend and share their thoughts on the issue of racial justice and the Chauvin verdict.

“As we prepared for the worst, we were given the best, a unanimous verdict of guilty on all three counts,” Carroll said in her statement. “I was stunned, moved and overjoyed to see justice done at last.”