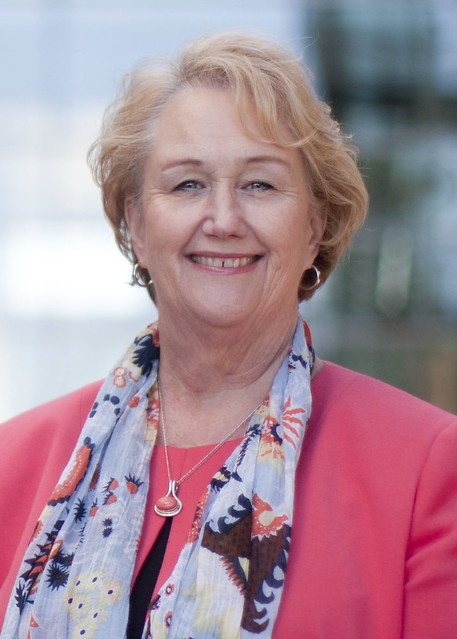 Dr. Pamela Luster announced that she will retire from the presidency at San Diego Mesa College, becoming effective June 30, 2022.

Luster was selected to be San Diego Mesa College’s president in 2011. Since then, she has had progressive initiatives such as “building the SD Mesa Foundation, The HIM Baccalaureate Program, SD Promise, The Stand Resource Center…to just name a few,” Luster mentioned in her retirement letter. Not only has President Luster incorporated many programs, but there have also been many facilities added within the Mesa College campus such as the Student Services building.

Prior to her presidency, Luster was the temporary Vice President of Instruction and Vice President of Student Services. Adding to this, she was also the Dean of Academic Services at Las Positas College, in Livermore, CA. Luster has been in the community college system for 40 years. Although, the average term for community college presidents is about three to five years, Luster will be the president of San Diego Mesa College for almost 11 years.

“This decision has come after several months of deliberation and discussions with my family,” she said in her announcement.

One of her favorite parts of her job is definitely the first week of school, “there is something so joyful and promising about thousands of students deciding that that is how they are going to change their lives,” she said. School and education has a special meaning to Luster, not only because she enjoyed attending school, but because it is that promise of education and that commitment one makes to better their lives.

Luster is part of a statewide initiative around food and housing, diversity, equity, and inclusion. Currently, she is part of Gov. Gavin Newsom’s task force to address basic needs of higher education students. She will continue to teach at San Diego State University in the doctoral program. She also has an equity chat along with the president of Compton College on Twitter where they “interview people who are out in the world doing work around diversity, basic needs, equity, and inclusion.” You can find this on Twitter by looking up #equitychat.

“It’s more of retiring as the president in terms of, I feel as if in the last 11 years, I have done what I could to bring value-add to Mesa and I think that it is time for the next person to come along and take that on and take Mesa where it wants to go next. I will still be around, I am still going to go to athletic events. Retiring is not about me, it is about the legacy that you leave as people celebrate your successes… the retirement is a point in time, and I am going to spend this year actively making sure the college is in the best shape that when the next leader comes, they can lead the way where they want to lead,” she says.

Once her retirement is effective, Luster wants to write a couple of books about her experience with breast cancer and how baking helped her through that time.“I am a breast cancer survivor and I would like to interview other women who’ve been through breast cancer and include some recipes that I made at that time,” Luster added. She would also enjoy writing some fiction short stories too.

“I am excited to embark on the next chapter of my life, which will include continued work in diversity, equity, justice, and inclusion… It has been the absolute professional pinnacle and joy of my life to serve as your President. Thank you for your support along this very meaningful journey, with respect and love, ” Luster finalized in her letter.

The process of finding a new president within the college district is time consuming. It requires a profound search around this time in order to find a president next year, and if a president is not found by next year, then a temporary or interim president will be appointed.

“I will miss not just the people, but watching the impact that we do in the student’s lives and knowing that you are a part of something bigger than yourself. Take time to breathe and don’t dwell on the stuff you can’t control, if it’s not making your life better, push it away from you. You do not need to go down the rabbit hole of every Instagram post. Get out of the numbing mode, we had to be numb ourselves last year, but get out of that numbing mode if you haven’t already. Take risks, be bold, get out there, no one is going to do it for you,” she said.