Legendary Mexican Singer Vicente Fernández dies at the age of 81 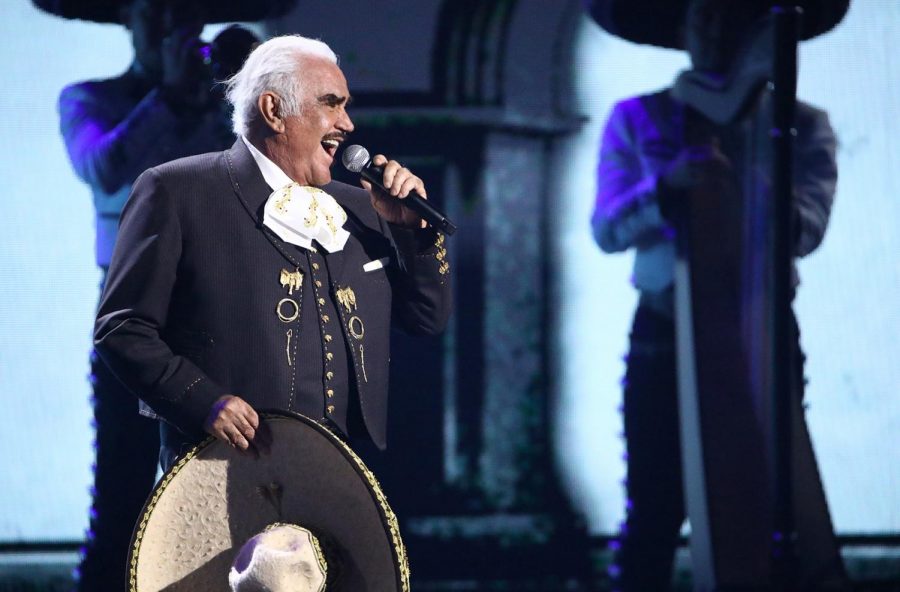 Legendary Vicente Fernandez dies at the age of 81.

Vicente “Chente” Fernández, Mexican singer and actor has died at the age of 81 in his home state of Guadalajara, Jalisco.

Fernández was in the hospital for four months, since Aug., due to a fall where he had to undergo surgery and be in the intensive care unit with a ventilator. According to his family, he was also diagnosed with Guillain–Barré syndrome, an autoimmune condition where the immune system attacks the body’s nerves. “Rest in Peace, Sr. Vicente Fernández…We regret to inform you of his death, on Sunday, December 12 at 6:15 a.m. It was an honor and great pride to share with everyone a great musical career and to give everything for his audience,” according to a post made on Fernández’s Instagram page translated from Spanish.

His body was transported to a funerary home Sunday morning at around nine then transported to his ranch, “Los Tres Potrillos,” where his family privately said their final goodbyes. At around five p.m, a memorial service took place and the doors to his arena, Vicente Fernandez Gomez (VFG), were opened by his family in order to give an opportunity to the public to pay their respects to Fernández in a closed coffin, according to a news website based in Argentina, InfoBae, and Ventaneando, a Mexican entertainment outlet. Fans also gathered throughout the day on Sunday at Fernández’s star on the Hollywood Walk of Fame to commemorate his life. The funeral service was scheduled today, Dec., 13, where only close family and friends attended and his son, Alejandro Fernández, paid tribute to his dad when he sang a variety of his dad’s songs followed by a mariachi. Fernández has been buried at his ranch.

Fernández has a long trajectory of “Rancheras,” which has led him to be considered the “King of Rancheras,” with more than 300 songs, such as “Volver, Volver, ” “Por Tu Maldito Amor,” “Estos Celos,” and “El Rey,” being a couple of his many successful songs. Throughout his career, he was known for his Charro outfits, sombrero, and powerful tenor voice by starring in many Mexican films, such as “La Ley del Monte,” “El Arracadas,” and more. He was also known as the “Charro de Huetitán,” due to the fact that he was born in Huetitán El Alto, Guadalajara.

His loss has been heavy for not only Mexicans but for everyone who has heard about him and his songs. He truly is one of the greatest icons Mexico had to offer since Pedro Infante and Jorge Negrete.

“The music world has lost an icon. The music of Vicente Fernández created memories for millions. We send our condolences to his family and all those who loved him. Vicente will be remembered for generations to come,” said President Biden on Twitter.  Many celebrities also paid their respects and honored Fernández through social media such as Actor Mario Lopez, “Vicente Fernández was not just a singer. He was the voice of a culture, who filled the households of many of us who grew up listening to his songs. His music is the soundtrack to a ton of memories growing up. Damn, I’m sad,” followed by a picture of Fernández in his youth on Twitter.

Fernández was not only an inspiration to other celebrities, political figures, and fans but an icon who will not be forgotten but remembered by generations to come.