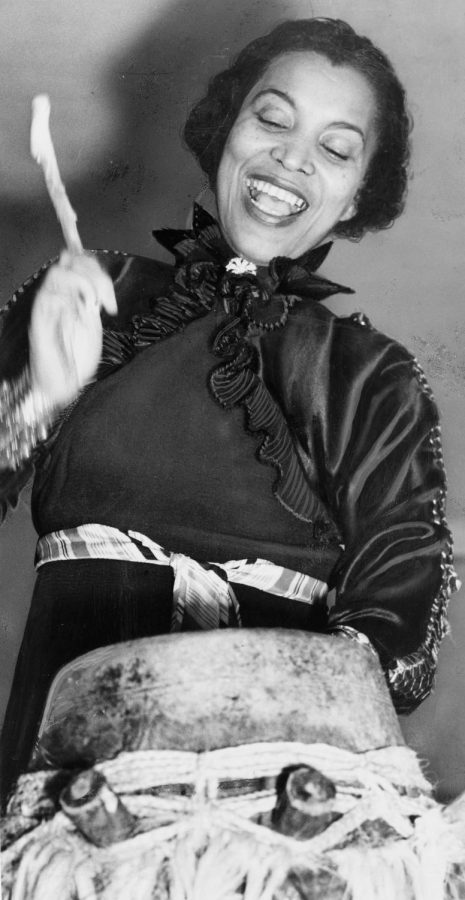 People tried to take Hurston down, but she kept going.

Mesa remembered Zora Neale Hurston by showing the film “A Heart with Room for Every Joy”. It is essential that we do not forget her studies, and her work.

Hurston accomplished many things in her life and was the most successful and significant Black woman writer in the first half of the 20th century. She wrote some folklore books, plays, four novels, an autobiography, and numerous short stories over the span of thirty years.

“Their Eyes Were Watching God,” was a book she wrote about how as a society we need to change and how we make culture. This has become an extremely important topic to talk and write about, but it was the way that she told the story that caused the controversy. Hurston wanted to prove that black dialect had the energy, resilience and the capacity to carry a tale over a couple hundred of years. She wanted to broaden the exposure of cultural elements in black culture. She also got a book award for her autobiography which was one of her many accomplishments.

Her work eventually got resurfaced by a woman named Alice Walker. In 1975, she published Hurston’s magazine and credited her. Hurston’s work now has a chance of revival. If you also think about it, back then, Hurston as a black female writer was such an accomplishment at the time and is extraordinary that she was talking about self determination back in the 30s and 40s. It is amazing that her work brought awareness and is now acknowledged and appreciated.

In the midst of her success, Hurston went through trials and tribulations. In 1948, her landlady accused her of molesting her sons; however, even though the charges were dropped and her sons said it was fabricated, this storyline was plastered on the national newspaper. It was viciously headlined and Hurston was crushed that the black press had grabbed the story. She felt extremely sold out by her own which started shaking the foundation of her understanding of the communications of blacks. At the same time her health was failing and she felt humiliated leading her to leave New York City; however, she still continued to write. Her hypertensive heart disease is what led her to pass away on Jan 28, 1960.

Thekima Mayasa, Sundayo Judy, and Starla Lewis, some of the hosts for this event and Professors in the department of Black Studies at Mesa, had some amazing things to say after the film. Dr. Lewis had mentioned that “[she] went to a conference at NYU and it was about black women writers and all the things that they had in common, those who had a PHD in literature, was that they were never required to read one book by one African writer, so you need to learn about it by yourself.” It is important that you educate yourself and pick up a book on your own because a lot of the time you aren’t going to be required to read it. Professor Judy said “Another important comment is the importance of language. Language is our form of expression and it continues to allow us to speak our truth.  This is the first thing that is often taken from us, is our voice. They want to silence us. I encourage us to continue to voice our thoughts and our culture.”

“It’s not where you are in the spectrum of class that matters more that you are enough just the way you are, that black is GOOD!” Dr. Lewis said.

People tried to take Hurston down, but she kept going.

To learn more, feel free to check out “Wrapped in Rainbows” by Valerie Boyd, the first biography of Zora Neale Hurston.