Millennials have something new to offer thanks to technology 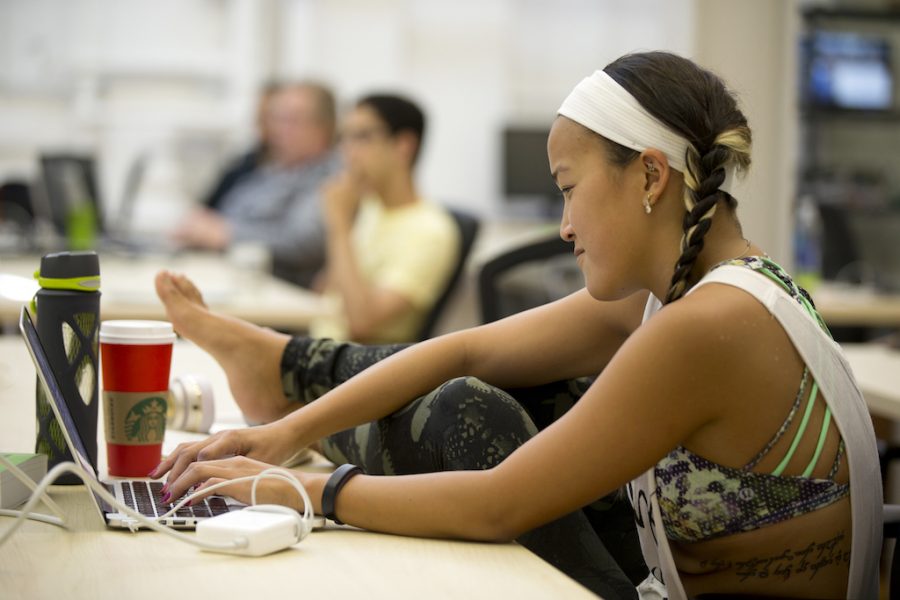 Each generation has accused the next of threatening their America.  From the baby boomers to millennials, each generation is constantly criticized.

Something has drastically separated the millennials from all others and placed their generation under a larger social spectacle allowing for more criticism.

The millennials include those born between 1982 and sometime in the early 2000s. At the same time that they were aging, technology was advancing.

Over the past 20 years new technologies and different social media platforms have had an enormous impact on the behaviors, views and opinions of the millennial generation. Ultimately creating a more globalized mass of people.

People are living in a time where the internet has encouraged consumers to access all types of media and news from multiple platforms. The globalization provided by new technologies creates a greater and ever growing population of critical thinkers.

According to the Inquiries Journal, “Technology and the Internet have promoted three qualities among the Millennial Generation: the rise of groups of friends, globalization on a personal level, and online politics.”

The ability-modern generations get to see media through different social platforms offers their  generation a greater advantage within society that other generations did not have. It allows for members of the generation to gain a beneficial skill know as media literacy.

James Potter, author of “Media Literacy” says there are three building blocks for media literacy: Personal locus, knowledge structure and skills. Personal locus describes how the goals people have, drive their exploration of information. He says, “the more you know about this locus and the more you make conscious decisions to shape it, the more you can control the process of media influence on you.” Knowledge structure represents the ability of a person to recognize patterns, compartmentalize and carefully store thematic information— that are “built with care and precision.” And skills are the ways in which one is able to acquire targeted information that will allow them to form the basis of a broader structure of knowledge— by “carefully [fitting] those pieces of information into their proper places in the structure.”

Technology within the millennial generation creates globalization and media literacy skills. It allows people to see the endless possibilities the world has to offer. They are a generation of dreamers and have been ridiculed for dreaming too big and living outside of their financial means. The New York Times says, “millennials aren’t just trying to keep up with the Joneses anymore; we’re keeping up with the Kardashians.”

As far as other competing generations can see, the millennials are a group of people who have all the knowledge they need at their fingertips. More importantly, they take advantage of the access technology provides, to live beyond what they thought to be practical, or “the norm”.

22 year old Kelsea Lickert, former Mesa student, is a senior at San Diego State University graduating this spring with a bachelors in communications. When asked why the millennial generation are misunderstood, she said that,
“I think other generations don’t understand what it’s like to grow up in an environment saturated by media and technology. Maybe they’re threatened by us, and our abilities to manage all the resources that come with being technologically sound.”

The criticism between generations stem from the misunderstanding of how the other socially integrates and what world they each grew up in. Each generation faces different social, political and economical challenges along the way, it’s just a matter of how those challenges are tackled that differs.