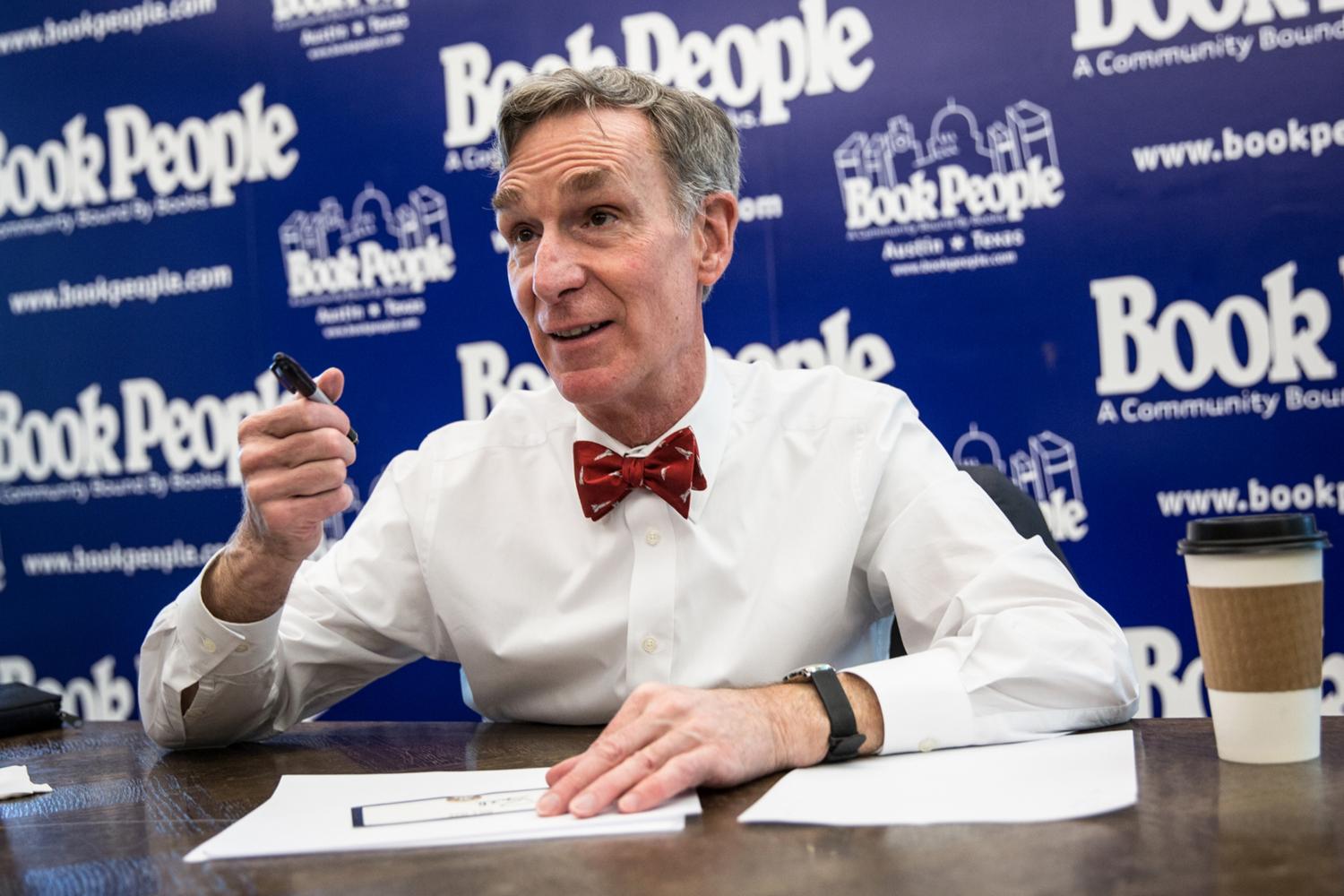 Last year Bill Nye made some unfortunate comments when asked a question about philosophy. The question posed to Nye, on “big think,” came from a college student who asked:
“I’m a philosophy major in college right now and I’m looking for your opinion on the subject. Some of the scientists like Stephen Hawking and Neil deGrasse Tyson have brushed it off as a meaningless topic.”
What happened next was unexpected of the famous science educator. Nye, replied with a series of comments and arguments that explicitly demonstrated his lack of philosophical understanding— and it was far from subtle.

His main explanation about what philosophy is concerned with was:
“It often gets back to this question: What is the nature of consciousness? Can we know that we know? Are we aware that we’re aware? Are we not aware that we’re aware? Is reality real? Or is reality not real and we’re all living on a ping pong ball that’s part of a giant interplanetary ping pong game that we cannot sense? These are interesting questions.”
Here, Nye is conflating metaphysics and epistemology, which are two very different branches of philosophy. Olivia Hill, points out, in her Quarts article, that he is appealing to the stereotype that philosophers are preoccupied with asking themselves deep, meaningless, and unknowable questions “plucking an answer out of thin air, and then drinking some pinot noir and writing a florid essay.”

In the video, Nye goes on to say, “The idea that reality is not real, that what you sense and feel is not authentic, is something I’m very skeptical of.” He then instructs the student to drop a hammer on his foot a couple times to confirm reality, “Drop the hammer on your foot and see if you don’t notice it.” This particular statement has its own fallacy dedicated to it— argumentum ad lapidem, or appeal to a stone.

That’s not all, Nye had also mentioned René Descartes and his famous quote, “I think, therefore I am.” To which Nye followed up with “What if you don’t think about it, do you not exist anymore? You probably still exist even if you’re not thinking about existence.”

This is a misrepresentation of what Descartes was talking about. He was trying to answer the question, what can we know. Descartes was asserting that he exists, and that he knows he exists because he is thinking. He is declaring that his own existence is a knowable thing, confirmed by his thoughts. Not that, existence is contingent on thinking about it. There were plenty more misinformed comments, however that has all changed, according to Nye.

Nye, has had a complete change of heart which he credits to Hill’s Quarts article, “Why are so many smart people such idiots about philosophy?”  In a follow up article written last month, Hill says Nye told her over the phone, “Thank you for writing that critical article, It really led to something.”

It turns out, Nye had a complete change of mind since his previous statements on “big think.” Nye went on to tell her that after he reevaluated his position and started reading philosophy, he “couldn’t sleep for months,” and is planning on incorporating philosophy into his Netflix show as well as his upcoming book, according to Hill.

After reading her article, Nye said he met with a philosophy professor and reread his book until he wore it out, requiring him to get a second copy. He also came to understand the nature of philosophy, according to Hill, “He said he was struck by the argument that a ‘justified true belief’ constitutes factual knowledge” He then went on to say, “What used to be called a ‘natural philosopher’ is now called a scientist.”

Nye has also come to some understanding about philosophical figures and told Hill, “People allude to Socrates and Plato and Aristotle all the time, and I think many of us who make those references don’t have a solid grounding,” he said. “It’s good to know the history of philosophy.”

Now, Nye is all about that life, saying “I’ve come late to this, now I’m all about the philosophy. Bring it on.”