‘Breaking In’ delivers a thrill that is less than original 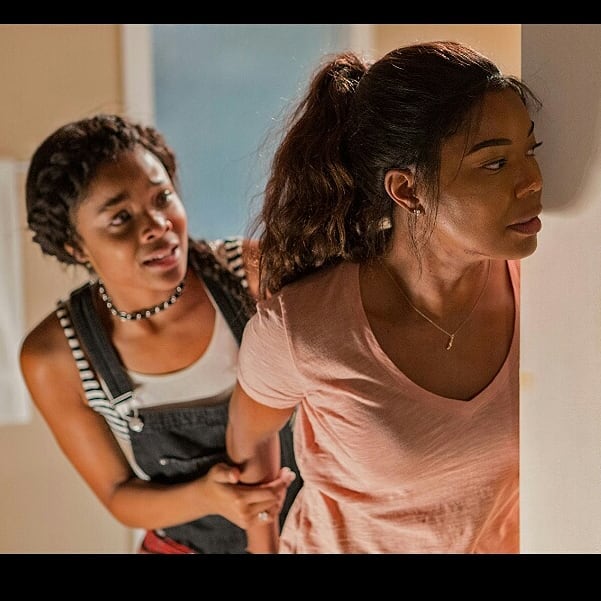 Gabrielle Union stars in the suspenseful, yet completely cliche thriller, “Breaking In.” While the concept and plot of this movie was one that has not been seen before, many of the scenes in this short hour and a half-long movie were expected and extremely unoriginal.

“Breaking In” is the story of wife and mother Shaun Russell, played by actress Gabrielle Union, whose father passes away. Following her father’s death, Shaun and her children take a weekend trip to her father’s home to sort through his belongings and sell the house. Things take a turn when Shaun and her children are met by some unexpected visitors whose intentions are to rob the place of the supposed four million dollars that Shaun’s father was hiding. After getting locked out of the house with her kids still inside with the intruders, Shaun has to find a way to break in to her own house and save her children.

To say that the audience and critics were not impressed would be an understatement. Only scoring a rating of 26 percent, most of the movie’s viewers were not pleased with it. Reviews called this movie a waste of Gabrielle Union’s talent and would not recommend this film unless you are into cheesy, dull “thrillers” with played-out scenes. While the movie was not the greatest movie, it was not bad enough to think that you wasted your money by going to the movie theaters to see it. It would be recommended, however, to wait until this film comes out of Redbox or Netflix to watch it and save yourself some money.