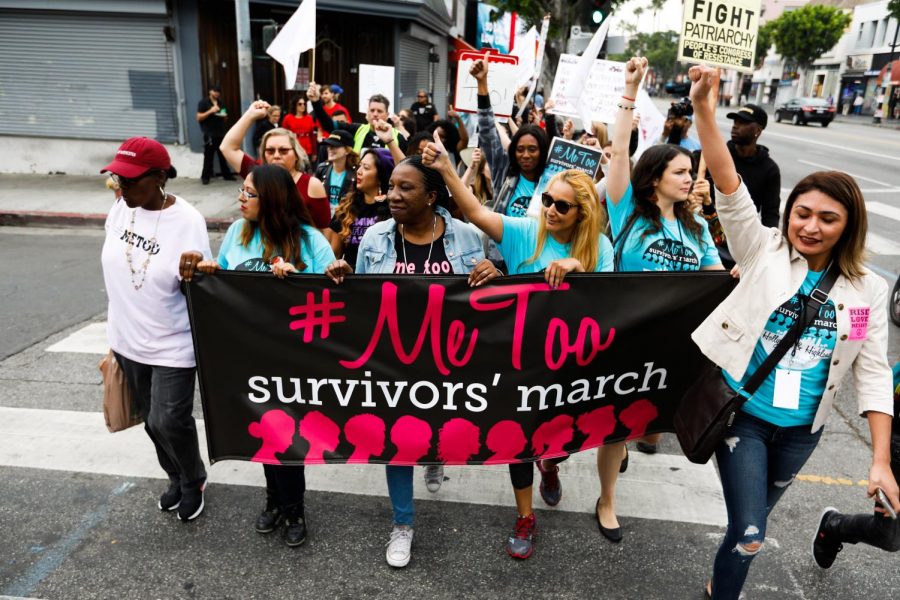 The #MeToo Movement has rapidly spread and grown since the first time Tarana Burke, an African-American activist, first used the phrase to speak about sexual misconduct on her Myspace page in 2006. Following that many other women around the world started to speak up using the hashtag and opened up about their personal experiences involving sexual harassment or misconduct.

The #MeToo movement has put a spotlight on many males from different industries who have been accused of sexual harassment or sexual misconduct. The movement has been criticised by people who believe this movement is just pointing fingers however, because of the hashtag victims have finally seen justice after many years of staying silent.

“Sexual harassment does bring shame. And I think it’s really powerful that this transfer is happening, that these women are able not to just share their shame but to put the shame where it belongs: on the perpetrator” Tarana Burke said to TIME magazine for the Person of the Year 2017.

One of the biggest accomplishments of the #MeToo movement where dozens of women including Ashley Judd and Rose McGowan spoke up about sexual harassment and assault in the industry accusing Harvey Weinstein. He was arrested and charged with first degree of a sexual act against a woman and to counts of felony predatory sexual assault.

Weinstein being charged with the crimes was a milestone for the movement and it showed that action was being finally taken by those who spoke up.

Bill Cosby was also one of the big figures that was accused by different women of sexual misconduct. And although these allegations had been going on for many years one of the survivors Andrea Constand spoke up about being drugged and sexually assaulted by Cosby in 2004. She brought these allegations to light in 2015 where a trail for Bill Cosby began.

Many women came to trial to testify and tell their stories in front of the court. And on Sep. 26 Bill Cosby was sentenced 3 to 10 years in state prison and charged with three felony counts of aggravated assault. Which was another big accomplishment of the #MeToo movement.

Laura Palumbo, a spokeswoman for The National Sexual Violence Resource Center wrote about her feelings towards the Cosby situation saying: “The sentence handed-down bears particular significance today in the midst of our current national dialogue. We hope there is a renewed sense of purpose for the women who have bravely come forward and faced the shame, blame, and harassment all too commonly faced by survivors. Your experiences matter.”

Justice will be brought to survivors and with many different platforms where people can speak up using #MeToo their voices will be heard. Knowing that Bill Cosby was sentenced despite the allegations dating back many years ago it shows that it’s never too late to take action.  It will encourage people to not be afraid to tell their stories and experiences because every voice matters.