Republican Cox is all for reduction 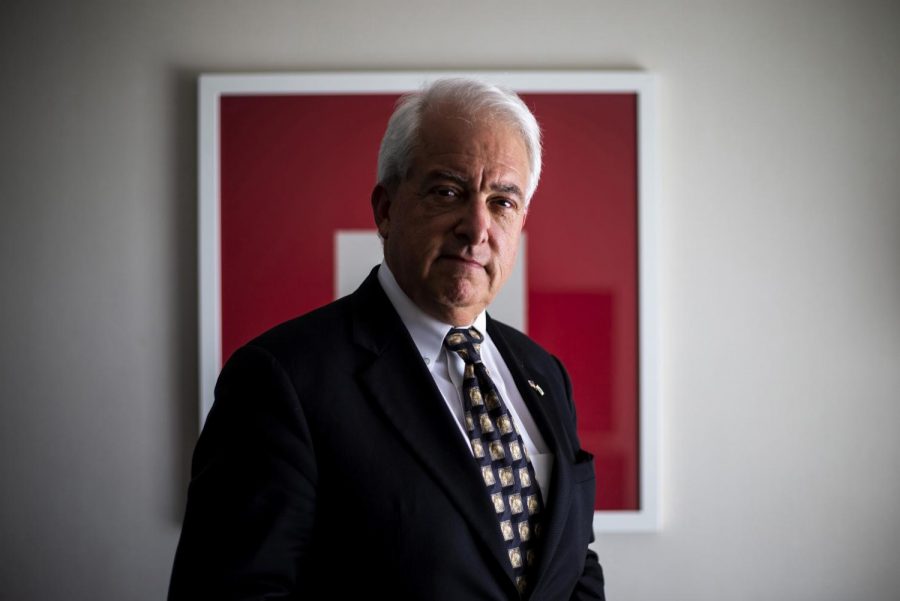 According to John Cox’s campaign website, “Cox graduated from H.L. Richards High School and then attended Moraine Valley Community College & University of Illinois Chicago…” He then went on to graduate from IIT Chicago Kent’s College of Law and started a career in accounting. His website claims that he made a food manufacturing company commercially successful “and saved jobs.” An L.A. Times article published this past June covering the major gubernatorial candidates written by The L.A. Times staff reveals that he also “owns a real estate investment and property management company.” Besides his not-for-profit organization, Cox has no experience whatsoever in public office or even in the public sector.

On Cox’s website, it vaguely states that “John Cox will take on Pharma, the HMO’s and the insurance companies and put health care consumers back in charge.” What exactly does that mean, though? Cox has said that he strongly opposes a single payer healthcare system. In a 2017 opinion piece he wrote for the Orange County Register, Cox said “the only way single payer can work is to drastically cut payments to hospitals, doctors and drug companies-or put the doctors, nurses and hospitals on the state payroll, which will drive many of our doctors to pack up and leave.”

Cox is a ardent supporter of school choice because he sees California’s education system as failing; his campaign websites goes so far as to say that “It is cruel and unsatisfactory to tell parents that their children must remain victims of a failed system.” On his 2008 presidential website he made when running for president, he argued that the government is “monopolizing” public schools and that it would be best to “turn parents into consumers with vouchers, which are Constitutional and and do not lose money for public schools because the child is no longer there to create expenses.” The L.A. Times article written by its staff says Cox calls “for a full investigative review of the state school system to find and fix inefficiencies” in the higher education system. Unlike his democratic opponents, Cox doesn’t advocate for pumping more money into California’s higher education system but rather examining a “professors’ course loads to ensure colleges and universities are getting the most out of their employees.” On his campaign website, Cox states “I am a big believer in local control and that school districts need to be able to provide the right choices for their parents and children.”

In an L.A. Times article published this past August by Phil Willon, John Cox “earned more than $2.1 million in 2016 and 2017, mostly from investments in apartment buildings in the Midwest.” He also “held stocks and bonds valued between $9 million and $93 million.” This apparently was not everything though-that same L.A. Times article states that “He withheld tax information for the string of business partnerships that generate most of his income.” His limited transparency was even more limited in those released tax transcripts; it only summarized his returns and showed what forms allowed for tax deductions, along with outlines on his interest and dividend income. Cox’s campaign justifies this by mentioning “the financial privacy of other investors in those partnerships.”

The L.A. Times article bluntly states that Cox “believes the state should rely more heavily on nonprofits and other private providers for assistance.” His plan to solve California’s rapidly rising housing costs is ambitious compared to his running mates: his goal calls “for developers to build 3 million new homes over the next decade”, reducing environmental and other regulations that property builders have to adhere by (including reforming the California Environmental Quality Act, or CEQA), and allowing Californians to receive any property tax benefits they are getting from Prop 13. Cox flatly rejects any potential measures that expand rent control within the state. In an interview he did at the 2017 California Economic Summit in San Diego, Cox claims that CEQA “was once a well-intentioned bill signed by then-Governor Reagan, CEQA has now become the tool of special interests, crony capitalists, and litigators to stifle growth in California. It needs updating.”

Interestingly enough, John Cox does not mention being formerly backed by President Donald Trump on his website, although both the ABC 7 News’ Voter Guide and a USA Today article mentions it. Chris Woodyard’s USA Today article explains it well: “While he isn’t trumpeting his Trump connection in the Nov. 6 general, he isn’t running away from it either in a state where Trump isn’t popular.” Cox’s website does mention a host of other well-known names: Condoleezza Rice, George Shultz (both former U.S. Secretary of State), the California Peace Officers Association, several Republican Representatives (including Darrell Issa, who represents Oceanside, Vista, Carlsbad and Encinitas) and Mayor Kevin Faulconer.

Whatever your thoughts on the gubernatorial candidates, the best voter is an informed voter.