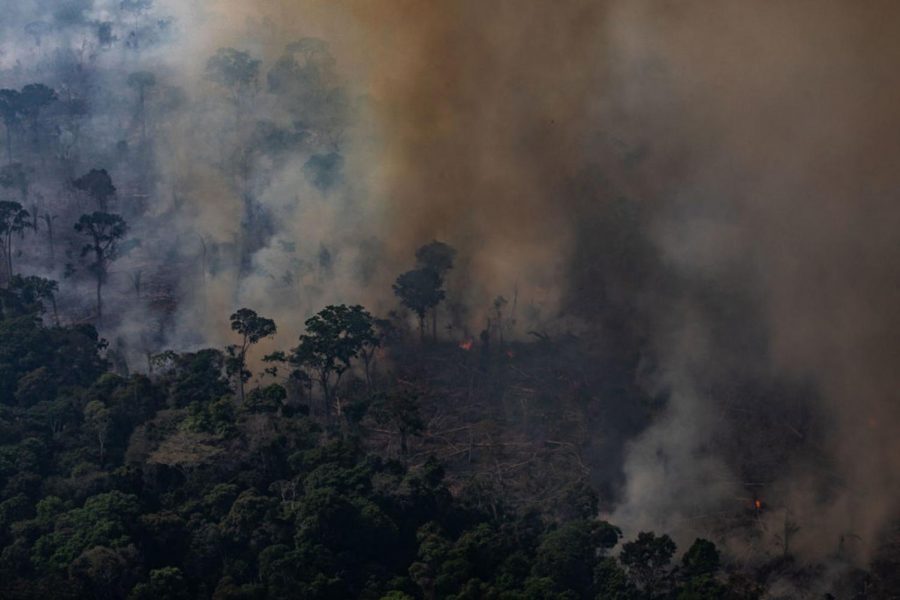 A piece of breaking news in the past month has been the Amazon forest fires. Celebrities across fields of fame have weighed in, from super soccer-player Cristiano Ronaldo to French President Emmanuel Macron. “Our house is on fire” is a popular phrase being used in conjunction with the fires, popularized by 16-year-old Swedish climate activist Greta Thunberg. And what Thunberg says when it comes to climate activism is right, people should be panicking. But not about the Amazon’s usual fires (due to ranching, agriculture, etc.), but instead people should be worried about the land being ravaged for cattle ranching.

Fires in the Amazon don’t often naturally occur due to the wet climate. Still, some fires do happen at the onset of the dry season between July and August. NASA satellite data from Aug. 16 has shown that fires in the Amazon are near the annual average in the last 15 years. It is important to keep in mind that the Amazon is huge and spans across several different South American countries such as Brazil, Colombia, Peru, and some other nations in the region. And yet, international media has inflated stories about the Amazon fires. There could be many reasons for this such as the election of Brazil’s far-right president, Jair Bolsonaro, or the impending feeling of doom over climate change felt by many. Both of these things are cause for concern but the data right now shows that though fires in the Amazon have increased 80% since 2018, they’re only up 7% from the last 10 years. In fact, the early 2000s saw some of the worst fires in the Amazon.

While it is of course still worth protecting the Amazon from further fires, the data shows that the fires have actually diminished substantially since 2010.
But, don’t get comfortable yet. What has increased in 2019 are fires and trees being cut down for cattle ranching, which is up 7% this year. In fact, 80% of the usual deforestation is due to cattle ranching and rests at the top of the list of culprits, corn and soy included. Cattle ranching in the Amazon is highly destructive as it damages aquatic and riparian ecosystems, causes soil erosion, and thus, river siltation, polluting what water remains in the Amazon. Brazil is the largest exporter of cattle in the world, where about 200 million heads of cattle graze, and makes up approximately one quarter of the global beef market. Raising cattle doesn’t cost much, is lucrative, and easy to sell in the market.

Some readers will, with this information, point the finger back at the soy farming. But farmers in the Amazon operate in a soy-cattle pasture-deforestation strategy in which soy will take over the land after the ranchers are done with it. Farmers add lime to the soil to make it fertile for soy, which they then grow and feed to the cattle. Ranchers will then move on to new land for their cattle, resulting in more deforestation. So much soy is grown strictly because of the cattle, accounting for 80% percent going directly to feed. Only 20% of Amazon-grown soy goes directly to human consumption.

So sure, people can get mad about the Amazon fires and post links to organizations to donate to on Facebook. But what meaning does that donation have if your money is still being spent on red meat supplied by cattle ranchers devastating the Amazon? What effect does that have when your yearly costs on red meat overrides the amount of your donation? It is not only backwards to donate and still continue red meat consumption, it is hypocritical to tout a care for the Amazon while also daily, weekly, and yearly contributing to its greatest destroyer.
Especially true in capitalist economic system, supply and demand is held as the one true measure for what-the-people-want and what-the-people-don’t. Using your purchasing power to halt Amazon deforestation for cattle ranching will be exponentially more valuable than a few one-time, spur-of-the-moment donations. Try a Beyond Burger (soy-free), and you won’t miss the beef.