Joe Biden: “We are very much alive!” 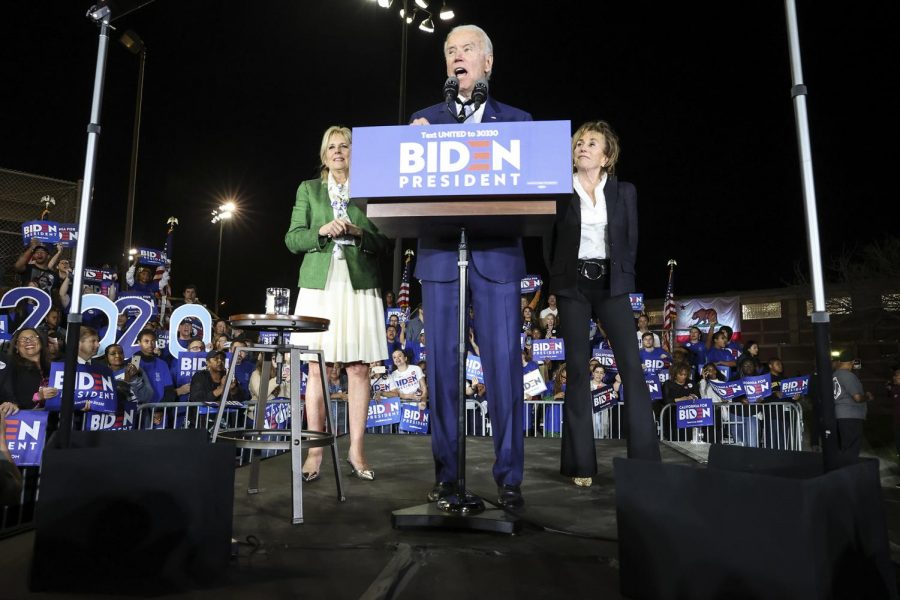 Super Tuesday was a big surprise for Bernie Sanders’ supporters and for me, who saw their candidate drop out last minute and endorse former Vice President Joe Biden. Sen. Sanders approached Super Tuesday with confidence that he would have a great turnout amongst young voters. Biden felt the momentum of the South Carolina primary would continue throughout super Tuesday. Things would’ve been different if not for Pete Buttigieg, Amy Klobuchar and Beto O’Rourke making last minute endorsements.

Buttigieg has said in the past he doesn’t believe Sanders’ “inflexible, ideological revolution” is what most Americans want, nor will it remove Trump from office. The results of Super Tuesday may have given Buttigieg’s stance some merit. With both Buttigieg and Klobuchar out of the race, many voters were in need of a new candidate to support, and they found that candidate in Biden. The Vice President won 10 out of the 14 states participating on Tuesday, including Texas -the second biggest prize of the night. Whereas Sanders took California -the biggest prize, along with Vermont, Colorado and Utah. At the end of the night, Biden became the frontrunner, totaling 566 delegates to Sanders’ 501 delegates.

It is true that their candidacy would have dwindled at some point given their lack of minority support and mediocre polling numbers. But, neither candidate saw themselves dropping out before super Tuesday. Instead, they sought what they believed to be the greater good of the Democratic Party, which was giving a boost to Biden and stifling Sanders’ rise as the frontrunner.

Super Tuesday and the events leading up to it revealed two things:

The second thing is that the Democratic party will not allow an outsider to step in and shake the foundation of their core beliefs, like Trump did with the Republican party in 2016. Buttigieg and Klobuchar dropped out and got behind Biden before super Tuesday, Bloomberg bowed out soon after, and Beto O’Rourke who ended his campaign back in November, came back to endorse Biden.

In a country polarized by the Trump administration, it will take unity to take back the oval office. These people gave us a grand example of unity and we must follow suit. I respect Sen. Sanders’ ideas for a better America and I hope one day we can see them come to fruition. But for now, this divided country will continue to be divided if Sanders wins the nomination. The outcome will be either a Trump reelection, or a Sanders’ presidency marred by republican pushback in congress and the senate. Joe Biden will bring this country together. He is not the candidate we deserve, but the one we need right now.