The leading cause of death among young Black men matters 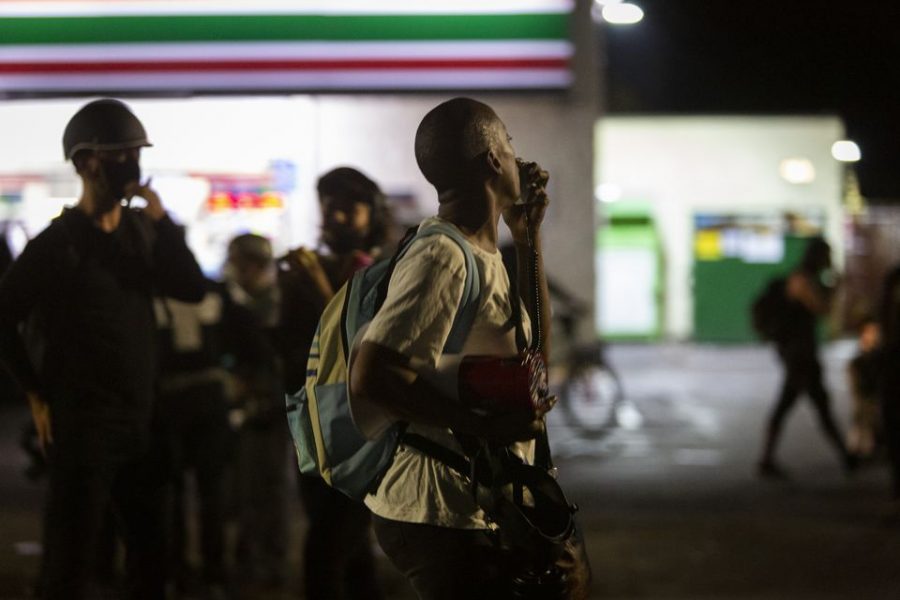 It honestly baffles me to see what I am about to address go so blatantly ignored and fearfully avoided in our current social discourse. I am speaking of the leading cause of death among young Black men in our country. I am fully aware that the practice of talking about this topic has historical baggage rife with prejudice and racism. However, as a progressing society, can we talk about the leading cause of death for a population of people in our country with respect and attention, without digressing into that abyssal pit of harmful stereotypes and reductionist cultural analysis? We can and we have to.

In 2019, 235 Black people were shot to death by police in the U.S. This year, as of August, that number is 123. Proportionally, this means that Black people and other people of color are killed by the police at significantly higher rates than White people. The statistics do not provide the number of deaths by use of other force, however, we can be assured there are unfortunately plenty more.

We sadly know this already — if not the precise numbers, at least to the extent that it is an issue which must be categorically abated. Nowadays, we see our neighbors, celebrities, politicians, etc., taking part in the discussion. Moreover, the discourse on police brutality as it relates to BIPOC is commonplace, however contentious and heartbreaking it assuredly is.

What may not be so commonplace, although equally as critical to consider, however, is the fact that this is not even close to the full picture — needless to say, not the leading cause of death of which I previously alluded to.

According to the Centers for Disease Control and Prevention’s Office of Minority Health and Health Equity (OMHHE), in 2017 the leading cause of death for “non-Hispanic Black males,” age 1 – 44, was homicide. That is not the case for any other race, gender, or age group in the study. And except for “Hispanic males” of the same age group, homicide is not even top three.

In 2018, the estimated number of murders in the U.S. was 16,214. White people accounted for 43.8% percent of the victim population. However, most of the homicide victims were Black or African American males at a rate of 53.3%, which accounts for 8,642 murdered Black individuals in 2018. Proportionally, because Black people only account for 12-13% of the population on average, this is a harrowing disparity.

Additionally, a 2017 report from the Chicago-based, Heartland Alliance, a study which sought to analyze the intersection of violence and poverty in the state of Illinois, found that between 2015 to 2016 murders in Chicago grew by 58%, with the number of individuals killed in 2016 being 764 — 80% of which were Black men age 15 to 34, who comprise only 4% of the city’s population. Just to contextualize Chicago’s homicide rate within the discourse of police and race, that same year, police in the U.S. killed 258 Black people nationwide.

The aforementioned study never clarified who the homicide offenders in Chicago were. However, a Bureau of Justice Statistics survey which sought to track homicide trends in the U.S. between 1980 to 2008, found that of the whole population accounted for, Black people made up 47.4% of the homicide victim population and 52.5% of the offender population. This, however, is not where the incredible disparity lies — seeing as how Whites, on the other hand, made up a significant portion of both homicide victims (50.3%) and offenders (45.3%). The disparity is in the differences of the percentage of the population each group accounts for: where Whites account for 82.9% of the population, Black people account for just 12.6%, according to the study. Adjusted for “rate per 100,000,” Whites now account for 4.5% of both the victim pool and the offender population, and Black people account for 27.8% of the victim percentage, and 34.4% of the offender population. This means that the Black victimization rate was 6 times higher than it was for Whites, and the offender rate was 8 times higher.

I am addressing this issue not out of malice or prejudice, or with any intention that might otherwise be injurious to BIPOC, and specifically, in this instance, Black people. I am addressing this issue because it is an epidemic, it is an ineffable failure of our society. If we say Black lives matter, we need to be adamant in addressing all Black lives — not just those cut down by our systemically inept institutions of authority.

There are major structural barriers for disparate minority groups in this country. This is no secret. This is no surprise. There are, however, also other factors and issues at play which we need to address when having an honest and fearless discussion about the intersection of disparate identity groups and their greater societal context. This is one of those factors — this is one of those issues.