Both social structure and culture matter 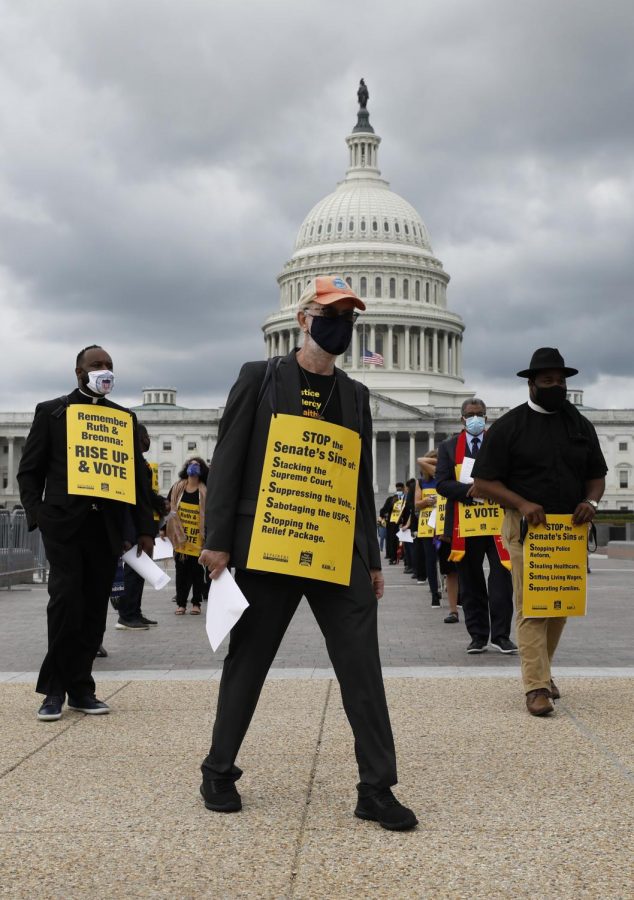 Protesters outside the Capitol, holding a demonstration for racial justice.

With structural barriers such as qualified immunity, rampant abject poverty, and the historic legacy of the brutality of slavery and Jim Crow in our country, it is evident there are systemic obstacles for BIPOC. The intention of drawing attention to the homicide rate of young Black men is not to discredit or argue against such premises — as many have repeatedly attempted in vain. The purpose goes back to a certain theoretical binary: culture and social structure. To be more precise, I am speaking of the unbalanced favoring of structural causal explanations in the face of a simplified, harmful view of culture.

According to Evan Adelson, a professor of sociology at Mesa College, structure is defined as the conditions under which a population lives. This of course accounts for institutions, authority and law, family, class, and so on. Culture, according to Adelson, is “the ways of thinking, the ways of acting, and the material objects that together form a people’s way of life.” In the simplified and misunderstood sense, however, culture consists of attitudes, values, and beliefs. And herein lies the issue.

With such a simplified view of culture, it is easy to dismiss a disparate population’s outcomes, such as the homicide rates of young Black men, as simply the attitudes and values held by that group — as is common practice for people on the political right.

Alternatively, Orlando Patterson, a Harvard sociology professor, regards cultural patterns in a different light. For example, Patterson explains that Confucianism was largely thought of as the reason for China’s backwardness for centuries; however, once China became economically competitive, that assumption became invalid. Additionally, another Harvard sociologist, William Julias Wilson, challenges the beliefs held by many conservatives and liberals regarding their views of culture, writing about young Black men in inner cities. Wilson claims in his book, “More than Race: Being Black and Poor in the Inner City,” that cultural norms in rough areas often lead to the perception of antisocial behavior in a professional setting, as in school or at work.

According to Wilson, addressing the cultural concerns of disparate identity groups in the U.S. is often seen as “blaming the victim,” and therefore goes unaddressed and scorned by people on the left. However, Wilson remains steadfast in claiming that it is a vital component in realizing change for dispossessed groups. It is my view too that, much like the union syndicalists of the early 20th-century, groups that recognize their barriers and employ an intersubjective approach, reach change accordingly, effectively altering the structure of their society for the better. Not unlike the Black Lives Matter movement transpiring today. In this sense, culture can affect structure.

It’s not as straightforward as it might sound though. Culture and structure are two complicated concepts with ever-shifting parameters. And as vital as the context of culture is, it is my opinion that social structure remains the most daunting hurdle for BIPOC and other disparate identity groups in our society.

“Culture matters, but I would say it doesn’t matter as much as social structure,” Wilson said in an interview with the Harvard Gazette. “Structure trumps culture.”

It’s so easy to get hyper-focused on one cause, whether out of outrage, despair, or willingness to do the right thing. However, as the old adage goes: anger blinds. In this case, it seems the frustration at our current social structure has left thousands of murdered young men still in the thralls of another form of societal abyss, in which both culture and social structure fatally intersect. However, what I addressed brings me no pleasure nor a sense of self-righteousness at knowing something most do not care to know, or have simply been shaded from — thousands are dying as the result of our societal miscarriages, and I am not exempt from necessary blame. So, do not misread or oversimplify what I am saying. As Adelson points out: the homicide rate “should be talked about, but it’s more complicated than most people admit; there’s more to it than ‘bad’ people with the ‘wrong’ values.”