The Latino Vote: Not the Monolith the Media Thinks 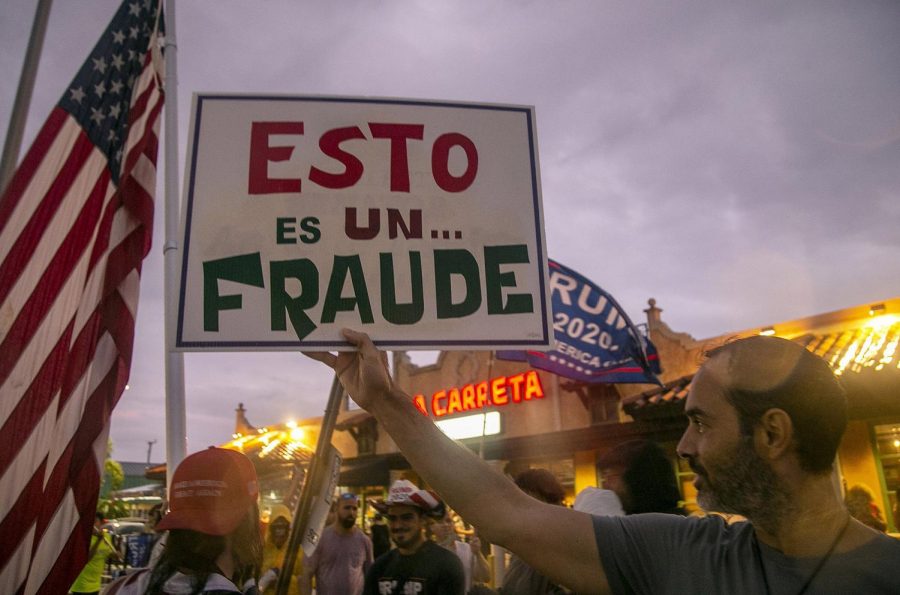 Trump-supporting Cuban-Americans rally for the president outside of a restaurant in Miami. Photo Credit: Pedro Portal/Miami Herald/TNS

Watching NBC’s coverage on the night of the election, I could not help but think about how disconnected these anchors were from the attitudes of the Latino voting block of the United States. Mouth agape and vocally surprised, Chuck Todd and company hemmed and hawed about the results coming in from Miami-Dade County, Florida. The demographic that the media was so sure to come out in numbers against Trump, had actually voted in favor of the incumbent in a hefty turnout.

Now, since this was the night of the election and not all votes had been counted, we know that the county did in fact flip blue, but the fact that these journalists were surprised at the idea of Latinos in Miami voting Republican really speaks to how the media treats Latino voices.

To explain, the political history of Latinos in the United States is unmistakably progressive. So, while it might be assumed that this could translate into voting outcomes is understandable, it also groups a hugely diverse populace into a monolith. What might not occur to many Americans here, is that the term Latino does acknowledge origin but it might not acknowledge race. It can describe someone of Chinese descent living in Peru, someone of African heritage in the Dominican Republic, and of course someone whose ancestors colonized countries across South America and the Caribbean.

The Latin American demographic of Miami is largely Cuban, but what isn’t typically talked about on mainstream news coverage is that they are also largely white, clocking in at almost 90% according to the Miami-Dade County website. This white Cuban population, which has its roots in the Cuban upper-class fleeing Fidel Castro’s revolution, responds with enthusiasm to candidates who stoke the flame of anti-communism. These candidates tend to be Republicans, attacking their constituents’ native Cuba as evil socialists, usually lumping their Democratic counterparts as somehow analogous.

Meanwhile on the west coast, immigrants from Mexico and Central America (especially those of indigenous backgrounds) typically left their home country working class to join the working class of the United States. This class background led to the creation of the Chicano labor movements across the Southwestern United States that included leaders like Cesar Chavez. It’s no surprise that these ethnic groups in these states are pretty reliably Democrats.

Still, the dialogue that comes with viewing America’s Latin American population as a solid blue block of voters, whether intentional or not, removes individual agency from the conversation. The idea that is conveyed, is that the Latino vote is won by pandering and taking a back seat from there, like when Hillary Clinton’s Twitter account referred to her as an “abuela” or when Joe Biden played the song “Despacito” off of his phone at a rally. These actions might appeal to identity, but they don’t confront what might be relevant policy to these peoples’ lives.

People take political stances based on what they believe serves their interests. The conclusion they might reach can be based on any number of factors, whether it be race, religious beliefs, or, most pertinently, class. This can explain to us, hypothetically, why someone whose family once owned a plantation in Cuba is voting for Mr. Moneybags, and someone whose family was marching for labor rights along the Mexican border is voting for Mrs. Universalhealthcare.

The news media seems to understand this concept when applied to white America, so what’s taking so long to apply this to anyone else?