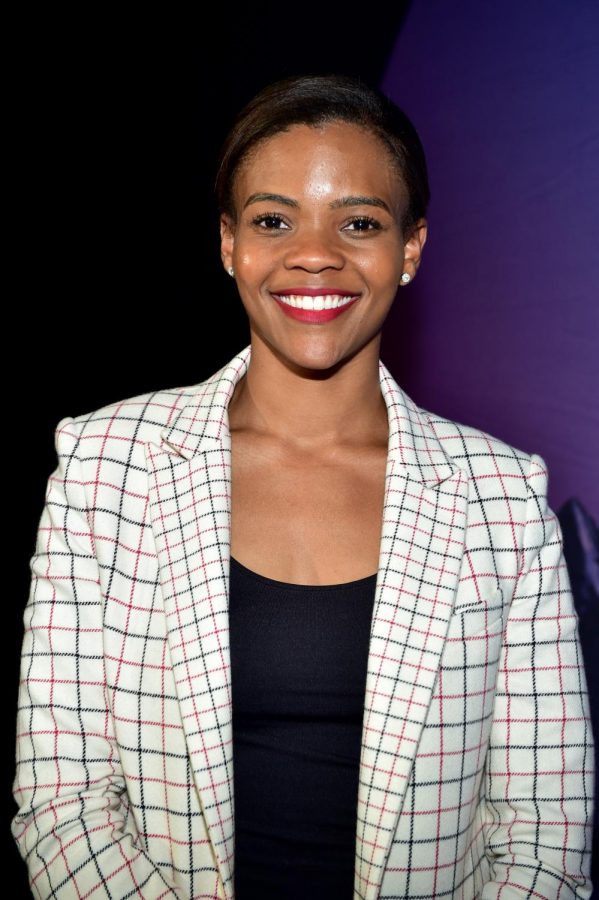 Harry Styles appeared on the Vogue December issue and cover wearing dresses and skirts throughout his photoshoot. The Vogue issue sparked controversy on Twitter due to Candace Owens, a conservative author, tweeting her concerns on the “feminization of our men” over the photos.

The right-wing author tweeted the photos on Nov. 14 saying that “There is no society that can survive without strong men. The East knows this. In the West, the steady feminization of our men at the same time that Marxism is being taught to our children is not a coincidence. It is an outright attack. Bring back manly men.”

The tweet received a lot of attention from the public, so Owens followed it up by saying “Since I’m trending I’d like to clarify what I meant when I said ‘bring back manly men’. I meant: Bring back manly men. Terms like ‘toxic masculinity’, were created by toxic females. Real women don’t do fake feminism. Sorry I’m not sorry.”

To onlookers, the tweet that Owens wrote is seemingly implying that she thinks a man wearing a skirt, which is nothing more than a piece of fabric, dictates whether or not it makes them less of a man. However, historically men have worn skirts and they were used as a symbol of masculinity.

Togas were used to indicate class and status for the Greeks and Romans, wraps and loincloths were worn by Egyptians, and ancient military costumes for the Aztecs and others all included a skirt. Kilts were known to be worn in battle in Scotland and soldiers who wore them were seen as heroic. Throughout history togas, kilts, loincloths, and anything that resembled a skirt were worn by men and women.

In this day and age, there is no doubt that in the U.S. skirts and dresses are seen as something a woman wears. Although they were once historically a symbol of masculinity, they are now traditionally seen as a feminine garment. Looking past the history of skirts and men, Owens is talking about what makes a man manly and how they should comply with gender norms. However, she is definitely not the only one and true dictator of what makes a man. Social media has pointed out countless times that clothes don’t determine one’s gender identity, nevertheless, does it determine what makes a person a man?

Regardless of what social media says, there are of course people that agree with Owens and also think that gender is something that is already defined. They follow this definition that says that a man should be many things like aggressive, independent, dominant, strong, etc. They also say that a man should act or dress a certain way, along with that they should be heterosexual. Sure, some men do follow these rules but they’re only human, so there are men who are flamboyant, aren’t outspoken, gay, or many other things that go against the traditional view of men.

Many celebrities and fans of Styles such as Jameela Jamil, Zach Braff, and Olivia Wilde came to his defense in response to the negative tweet. “Lord of the Rings” star Elijah Wood tweeted that “Masculinity alone does not make a man” he adds that “ in fact, it’s got nothing to do with it.” Jamil responded by saying that “Harry Styles is plenty manly, because manly is whatever you want it to be”. Braff also responded with a picture of Styles in a dress saying that “Our whole lives boys and men are told we need to be manly. Life is short. Be whatever the fuck you want to be.”

Wearing a skirt shouldn’t determine a man’s level of masculinity. A manly man is someone that is doing whatever makes them happy, is a good person to others, and respects themself. A clothing item is not going to take away from their individuality or make them less of a man.