Recalling Newsom is a no-brainer 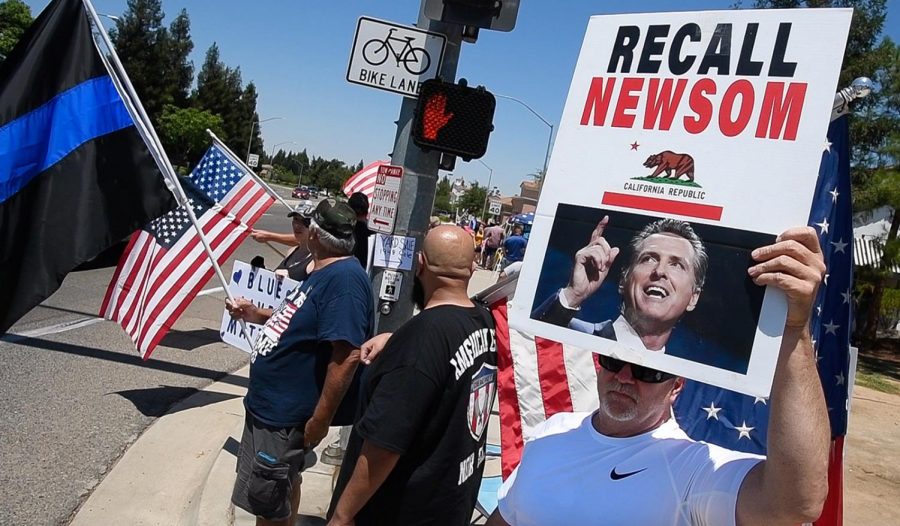 Supporters of the Newsom recall have collected nearly 2 million signatures.

California has been steadily marching toward its own economic and social demise for years, and Gov. Gavin Newsom is currently seated in the director’s chair, eagerly pushing the production along. Thankfully, it is becoming increasingly likely that Newsom will face a recall election, as recall organizers claim to have collected over 1.8 million signatures to have the measure placed on the ballot, according to Recall Gavin 2020.

Newsom has succeeded in uniting conservatives, moderates and even liberals to push strongly for his recall, and for good reason: it’s a no-brainer.

Before COVID-19, California was long regarded as one of the worst states to operate a business. That didn’t stop Newsom from imposing some of the harshest and most-prolonged lockdown restrictions in the country. Millions of Californians have seen their jobs vanish and small businesses have been scrambling for nearly a year to stay afloat due to Newsom’s crippling stay-at-home orders. According to a report by Yelp, over 19,000 businesses in the state have closed permanently – more than twice as many as in Texas, the state with the second-highest number of permanent closures.

Newsom made the ridiculous suggestion that diners in restaurants should be wearing masks at all times – even in between bites. He was later caught defying his COVID-19 restrictions by dining indoors in a large group without masks for a lobbyist’s birthday party at a Napa Valley restaurant. Regardless of one’s personal opinion on wearing masks at all times, it’s objectively clear almost a year later that it’s largely a futile exercise, especially when practiced to the extremes Newsom has suggested.

Schools have been closed for nearly a year, and students and families have been suffering. Newsom has had plenty of time to propose a realistic plan to resume in-person learning, but he has hesitated, apparently allowing teachers unions to dictate when classes will open.

Perhaps the science could settle the debate on masking and the need (or lack thereof) of business and school closures, however, Newsom repeatedly refused to publicly disclose the data allegedly used to make these decisions. This naturally leads one to assume that the scientific data must not support Newsom’s decisions.

It must be a coincidence – however inconvenient – that Newsom abruptly rolled back some of the most restrictive measures as more and more voters began adding their signatures to the recall petition.

In a state plagued by rolling blackouts and high energy costs, Newsom figuratively poured gasoline on the fire by signing an executive order banning the sale of gasoline-powered cars starting in 2035. According to the US Energy Information Administration, 25% of California’s electricity supply is imported from other states. Apparently Newsom believes Californians will have to adapt to walking, as the state was already waist-deep in an energy shortage before his electric car mandate.

Newsom’s tyrannical incompetence has caused significant damage to California that will likely impact the state for years to come. Newsom has claimed that the recall attempt will cost taxpayers $81 million, which is a drop in the bucket compared to the costs of his disastrous policies. Our social and economic survival depends on recalling Gov. Newsom.