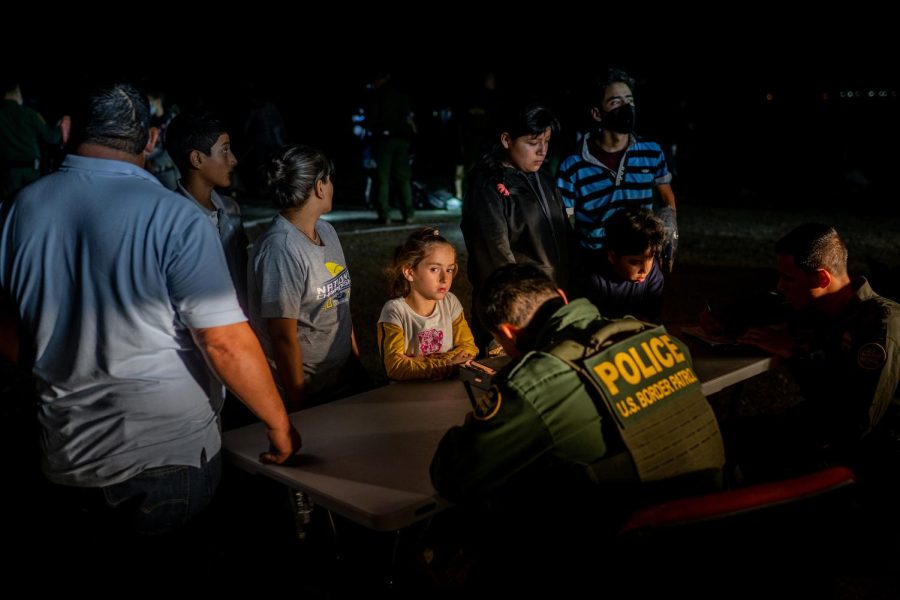 Misconduct and abuse are still common at many border facilities and the decisions surrounding Title 42 will greatly effect an already struggling system.

With the Biden Administration’s plan to end Title 42, a policy implemented by the Trump Administration which limits immigration entrance to the states, increasing backlash has arisen surrounding the lack of preparation and poor conditions in border camps.

Recent reports from “Vice” provide insight into some of the massive flaws within border camps, as well as abuse of unaccompanied minors who are housed in temporary shelters. These temporary shelters are run by the U.S. Customs and Border Protection, CBP. Volunteers at a temporary housing facility for unaccompanied minors near the border at Fort Bliss, a military facility outside of El Paso, have stepped forward to report systemic abuse. Kaitlin Hess, a volunteer at the facility reported mass neglect, saying, “This is not a place for children. This is not a place for adults. It was way worse than I could have imagined.”

Allegations regarding the facility have repeatedly surfaced, including “allegations of sexual misconduct by staff toward minors, acknowledgment that the children were running low on clean clothes and shoes, and a reluctance by officials to make public the scope of the facility’s Covid outbreak.” Children in the camps have spoken about their experiences and detailed numerous instances in which they were denied medical care, served rotten food, or experienced forms of physical and mental abuse while in CBP custody.

However many reports of this abuse appear to reveal issues within the system as a whole rather than misconduct by a few individuals. A legal complaint filed with the U.S. The Department of Homeland Security exposed many of the complaints of misconduct which were reported. Children reported that the facilities were extremely cold and nearly a third of children who were talked to said that they were held for longer than the legally allowed 72-hours.

While the treatment of individuals at border camps such as Fort Bliss and many other similar spots like it should be condemned, politics surrounding border policy and immigration appear to have no plans of actually changing anything any time soon.

During his campaign, President Biden vehemently condemned many of the policies which former President Donald Trump enacted during his time in office. He claimed that they were racially discriminatory and swore to improve immigration policy as well as the quality of care and treatment at the border. However, actual action by the Biden Administration has seemed half-hearted even by his own standards.

After over a year in office, Biden has only now begun to take steps to repeal Title 42, a Trump era policy which strongly limited immigration due to the COVID-19 pandemic. Democrats as a whole largely opposed the measure and many called for President Biden to repeal the policy. In February, several democrats wrote to the White House calling the policy “draconian” and claiming that it “circumvents our humanitarian obligations.”

While some argue that Title 42 was inhumane or neglectful to a national obligation, the measure takes into account emergency situations and outlined that it was illegal to refuse an individual who was fleeing persecution or torture. It worked to limit contact of individuals in CBP custody and was intended to prioritize the wellness of immigrants, government workers, and the U.S., as a whole

However, lifting Title 42 will not solve Biden’s massive issues concerning inhumane treatment at the border, rather flood an already immensely flawed system. Many of the reports concerning the border come from facilities which were intended as temporary housing facilities, which have long outlived their intended use. The Department of Homeland Security estimates that if Title 42 is lifted, they would expect to see around double if not triple the amount of border crossing.

This decision ultimately has split many Democrats, many of whom oppose Biden’s move to end Title 42, recognizing the surge it would cause within the immigration system. While the move to end Title 42 may be with good intentions, the influx of individuals dependent on an already massively flawed system overridden with misconduct and weak enforcement will inevitably only lead to more abuse and mistreatment.