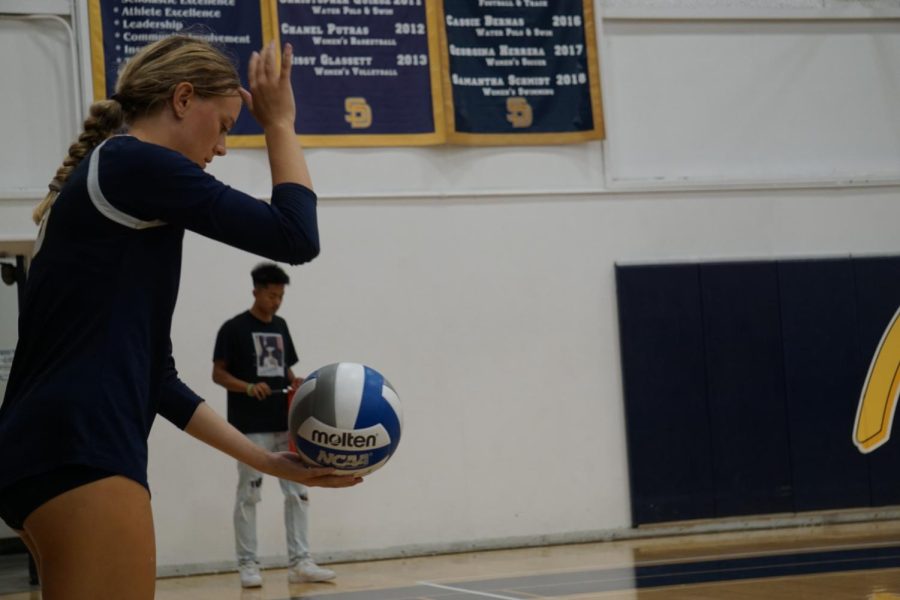 In a continued show of dominance, the Mesa volleyball team trumped Irvine Valley College three sets to one on Friday. The Olympians head coach, Bobbie Jo Stall, considers these key victories, and hopes to use these as a big confidence booster for her team early on. “This is a big win for us, 100 percent. I think it’ll move us up in the rankings so far” said Stall. The Olympians have gone seven and one, are currently on a five game winning streak and are ranked sixth in the state in Women’s Volleyball at the Community College level.
There were signs of success early on; Mesa rallied to come back to win 25 to 20 in the first set, after being down by one. After tying it up with a 25 to 21 loss in the second set, the offense woke back up, out scoring the Lasers by four. They then capped off an explosive evening by winning 25 to 21, ironically the same score that they lost to Irvine earlier.
For the remaining season however, Coach Stall believes that this team has players of “Olympic proportions.” “We have such a stud group of returning sophomores. We have Isabelle Bakken, Sophia Jarosz. We have two transfer players that have been a big impact for us in Victoria Goff and Brianna Augustin, and a freshman who is really making an impact with Tatiana Moe,” remarked Stall. Jarosz, currently leading the team in kills, scored 19 in all four of Friday’s sets, averaging 4.75 per set. Goff and Augustin meanwhile, were totally on defense, getting 12 and 15 digs respectively, with Goff getting two block attempts as well. The Olympians will finish the series at home against Mt San Jacinto and Cypress College, then move on to conference play against Cuyamaca College on September 16th.