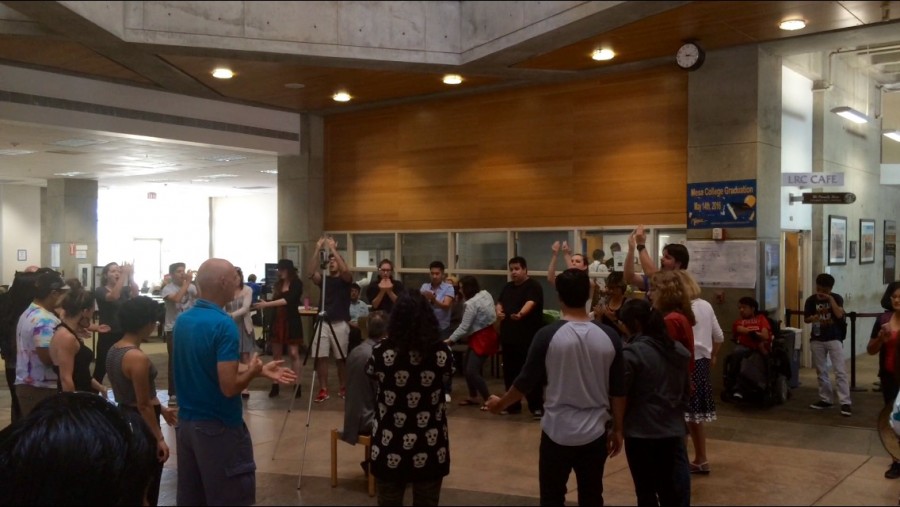 Anyone who walked into the San Diego Mesa College Learning Resource Center on Wednesday, April 20 at about 2:15 p.m. would have been in for a nice surprise.

Mesa’s Vocal Ensemble (MUSI 210A-D) led by Dr. Richard Chagnon performed a beautiful and captivating rendition of “Bach Again – Come Sweet Death,” arranged by Rhonda Sandberg. Chagnon told The Mesa Press in an email, “Each semester, the Vocal Ensemble presents its “3 Minute Concert” series; once a month, usually the third or fourth Wednesday, at 2:14 p.m., the group sings one piece in the LRC.” Without a solid way to communicate the performance to the student body, however, it comes off as a flash-mob style performance.

Dr. Chagnon has been teaching music at Mesa College for 31 years and has toured his choirs around the world. There are two upcoming free concerts at University Christian Church located at 3900 Cleveland Avenue in San Diego. The 35 member vocal ensemble will perform on Saturday, May 7 at 7 p.m., and Sunday, May 8 at 4 p.m. They will be accompanied by the Mesa College Guitar Ensemble on Saturday and the Mesa College World Music Ensemble on Sunday. The performances will include an interesting rendition of “The Lion Sleeps Tonight,” Czechoslovakian folk songs and compositions by Steve Reich by the 24 member Guitar Ensemble, and Xylophone Court Music played by the 15 member World Music Ensemble.

May 8 is Mother’s Day, so this is a good thing to do with Mom while also showing support for Mesa College’s music department. 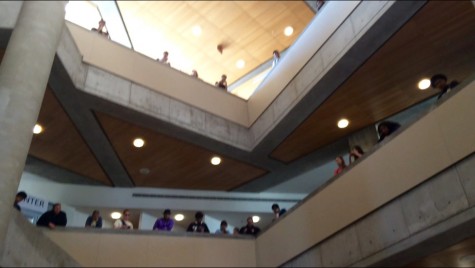