Winners of the NCAS hope to make an Astronomy Club 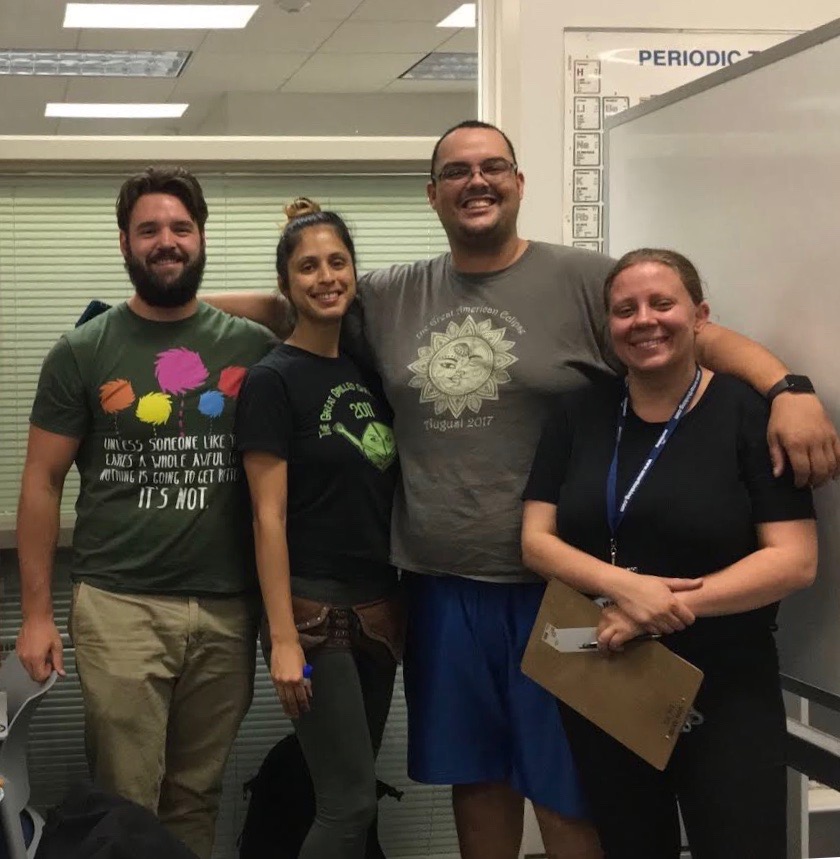 They first came up with the idea to do so when working over the summer for the Astronomy Research Education Program that helps students, regardless of what year they are, publish their first peer reviewed research paper. In addition, the amount of enthusiasm surrounding their win of the NCAS competition made them realize that an official presence of the Astronomy sciences (outside of classes) was absent from Mesa College and so felt motivated to change that. For Beltzer-Sweeney, who has been doing peer reviewed research with Professor Irena Stojimirovic, the Astronomy Club is a chance for that research to be more publicized than it is at the moment.

Beltzer-Sweeney is incredibly grateful for the peer mentoring relationship he’s developed with Professor Stojimirovic over the time he’s been working with her, but he wants to extend the opportunities he’s been afforded over the years to other students. “I want to facilitate and point students in the right direction of where they can go with their specific major” he says. Although the STEM center does offer peer mentoring, it does not provide STEM students with know-how of “networking within their field…(specifically) within the astronomy community” he says. Furthermore, Beltzer-Sweeney and the other winners of the NCAS competition want to help people “achieve their personal or academic goals” regarding their STEM major.

At the moment, there is no official Astronomy Club associated with Mesa College because the paperwork is still being processed, although club events are still being held. In the meantime, the four have been forging connections with the larger astronomy community here in San Diego, like with the San Diego Astronomy Association (SDA). According to Beltzer-Sweeney, this is how the networking that the Astronomy Club will be focusing on can hopefully be achieved. “Members of the SDA are a lot like me in that they are amateur astronomers and work with people who work for institutions like CalTech and Carnegie” he says. The future events held by the Astronomy Club will have those “amateur astronomers” present, who can then forge those connections with Astronomy Club members. While waiting for Mesa College to recognize them as a club, the four winners of the NCAS have been busy “getting outreach opportunities and social events going”; “If its astronomy related, and looks like its fun to do, we would like to put that information out there and do it if [members of the astronomy club] choose to” Beltzer-Sweeney maintains.

Something else that the Astronomy Club will be offering is the opportunity to work for the Boyce Research Institute, which runs the program that Beltzer-Sweeney does peer review research for with Professor Stojimirovic. Beltzer-Sweeney is actually already helping Mesa students through the program in various ways, and he fully plans to make Boyce Research Institute a component of the Astronomy Club. What Boyce will be doing for the Astronomy Club is mesh with the peer review process by “focusing on getting students their first scientific process…[teaching them] how to give a presentation” and other things that should really immerse them into the astronomy community.

Because she’s already involved so much with Beltzer-Sweeney, the winners of the NCAS named Professor Stojimirovic the club advisor. Beltzer-Sweeney describes her role as important for “providing input on where [students] should transfer”, somewhere that’s most optimal for their major. The close relationship that has developed between the two has allowed Beltzer-Sweeney to be so involved on campus that it didn’t make sense to not name her the club advisor. “She’s been endlessly supportive and was the push I needed to be where I am right now” Beltzer-Sweeney proudly declares. Club members can be sure to find that inviting environment stimulating.

Beltzer-Sweeney finishes the interview by cautioning students against feeling intimidated. “A lot of people see NASA and only think space. They’re not considering that besides engineers, people with expertise of medical technology, the human body, physicists, astronomers and many others are just as important to NASA.” NASA incorporates many aspects of STEM and so will this club.