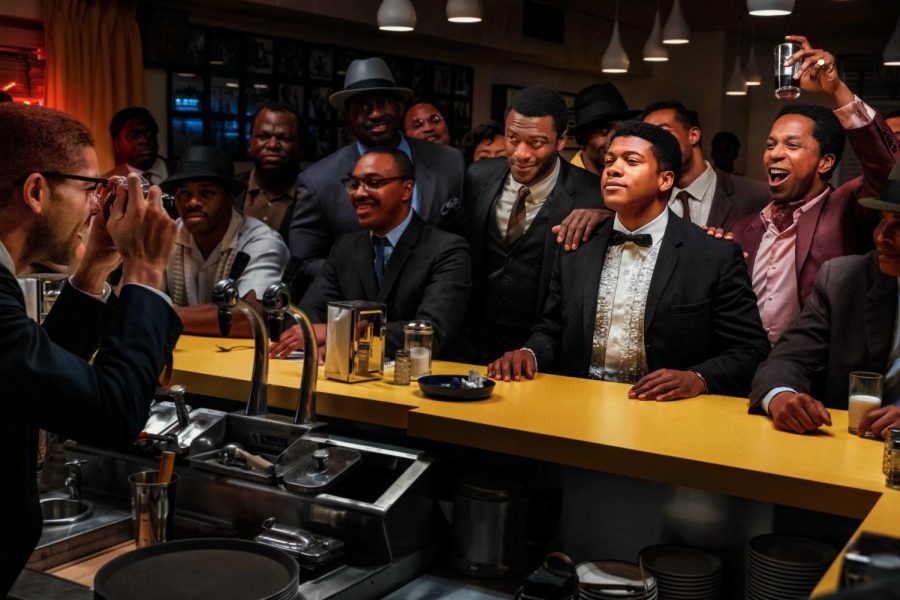 “Some white folks just cannot wait to pat themselves on the back for not being cruel to us.”

Less than a year after the summer that sparked the rebirth of the social justice revolution, “One Night in Miami” is the film that speaks on Black issues that no one knew how to talk about without being seen as radical.

“One Night in Miami” is the film adaptation of the stage play of the same name, by playwright and screenwriter Kemp Powers. It tells a fictional account of the night of Feb. 24, 1964, after the title bout between heavyweight champion Muhammad Ali, then known as Cassius Clay, and Sonny Liston. The film garnered a lot of attention upon its announcement, being the directorial debut of Emmy and Oscar-Award-winning actress Regina King.

Together the four discuss the sociopolitical issues affecting the Black community during that time and how their respective experiences as Black men led to their friendship. This gives insight into their paths of activism that would reach far beyond that fateful night.

Their passionate and often heated conversations touch on everything from appropriation to colorism; the four ultimately come to an understanding that each one has made a unique contribution in their field and that they all must support each other moving forward.

Not long after the Clay-Liston bout, the heavyweight champion officially converted to the Nation of Islam. Sam Cooke and Malcolm X were both shot and killed within two months of each other, less than a year after the night depicted. Jim Brown, the last surviving member of the quartet highlighted in the movie, retired from the NFL in 1965 to pursue his acting career full-time.

The four main cast members all deliver performances that pay homage to the unique characteristics their likenesses were known for: the bravado and confidence of Muhammad Ali, the soulful charisma of Sam Cooke, the humble likability of Jim Brown and the stoic assertion of Malcolm X.

Most notable are the vocal performances delivered by Leslie Odom Jr., known for his Tony-Award-winning role as the original Aaron Burr in the Broadway production of “Hamilton.”

One instance of his vocal stylings is displayed in a pivotal scene in the film, where Malcolm X recalls a moment attending one of Cooke’s shows in Boston. When a technical difficulty leaves Cooke without a band or working microphone, he engages his all-Black audience to rhythmically clap and stomp, providing the percussion in an acapella rendition of “Chain Gang.”

A feat that could arguably only be achieved with this particular crowd, Malcolm X gives praise to Cooke’s ability to save his show; an example of his dynamic magnetism as a performing artist.

It should not go without saying that these four performances would not be possible without King’s direction, who deftly captured the moods relevant to the current social climate that has caused so many to examine their role on the road to social justice.

As one of the films that is expected to pick up several titles during this year’s awards season, “One Night in Miami” is a reminder that liberation comes in many forms and that everyone, Black people especially, has the right to pursue the type of freedom that fits their path. More importantly, non-Black people have to be willing to be part of the conversation.