‘Judas and the Black Messiah’: This Panther portrait pulls no punches 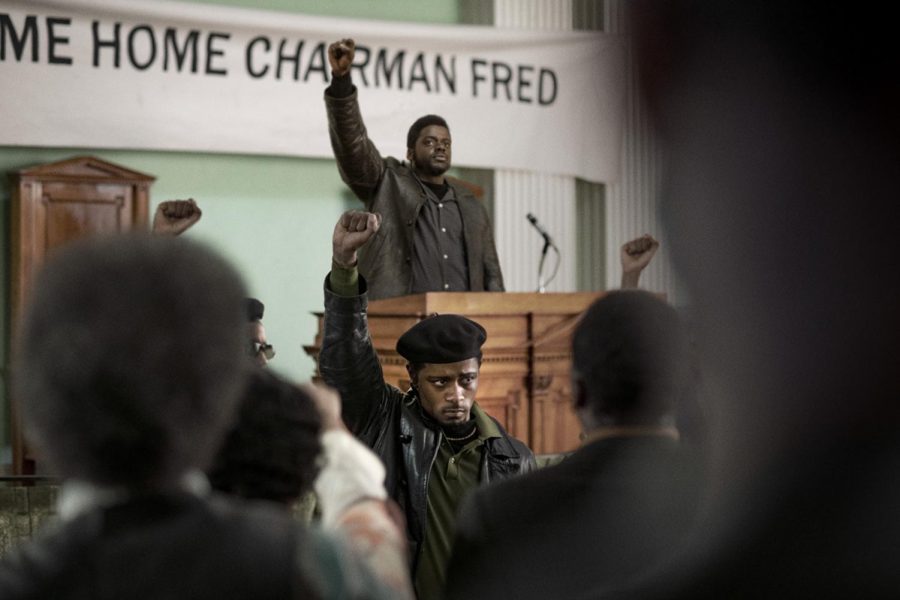 Hollywood has a problem with portraying history on film. What we know to be real struggles involving real people, typically get washed down to trite melodrama and diluted politics. Shaka King completely subverts that expectation with his explosive new movie, “Judas and the Black Messiah.”

Uncompromising in its message and majestic in its form, Judas recounts the true events leading up to the assassination of the young Black Panther chairman Fred Hampton, played by Daniel Kaluuya, and the psychology of the informant who made it possible, Bill O’Neal, played by LaKeith Stanfield. King presents Fred Hampton exactly as he was: disciplined, educated, charismatic and steadfast in his beliefs. But the main focus in this film is the psychology of the character of O’Neal. King’s vision does not grant O’Neal any excuses or pity.

Stanfield’s expressions really portray someone in turmoil, but as we hear Hampton quote Che Guevara: “Words are beautiful, but action is supreme.” The sympathy we might feel for him comes in waves. O’Neal’s actions are never quite up to par with whatever guilt we may presume him to have.

What the director understands and pulls off impressively, is that history is more than just the choices of the individual. The FBI’s role in the assassination is portrayed accurately, as Jesse Plemons plays a Hoover stooge by the name of Roy Mitchell. Mitchell clearly does not care about O’Neal’s fate. O’Neal is a tool to him, just as Mitchell is a tool to the institution of the FBI. Again, no matter what Mitchell might be feeling when he hears his colleague laugh off the death of an innocent Black man killed by an informant elsewhere, the film makes sure we understand that this moment of moral uncertainty means nothing when compared to the material consequence of his actions.

This concentration on how power is applied and executed does not get in the way of the film’s theme of humanity. Dominique Fishback’s Deborah Johnson, the mother of Hampton’s child, oozes with a compassionate heartbreak. She watches the person she cares about knowingly sacrifice his life every day, in turn inspiring something bigger than himself. The performance isn’t the most prevalent on-screen, but it resonates with us as we begin to feel the weight of the effect of societal marginalization on personal relationships.

The style lives up to the substance in “Judas and the Black Messiah.”  The camera weaves and shakes with O’Neal’s fidgety paranoia. It plunges directly into a highly organized and impassioned world, just like O’Neal himself. The camera acts as his surrogate. Yet, as Hampton gives an impassioned speech after getting brief freedom from prison, we see him as the crowd does. Larger than life, totally in control, front and center. This kind of masterwork doesn’t distract from the story though. It emboldens it.

Fred Hampton was a proud communist and understood how imperative working-class solidarity between races was. Another director might have skirted these truths, but Shaka King clearly comprehends that that is exactly what made Hampton such a threat to the status quo.

This movie is an unflinching retelling of a brief moment in time. However brief, it should not be forgotten, and “Judas and the Black Messiah” is a deserving portrait.